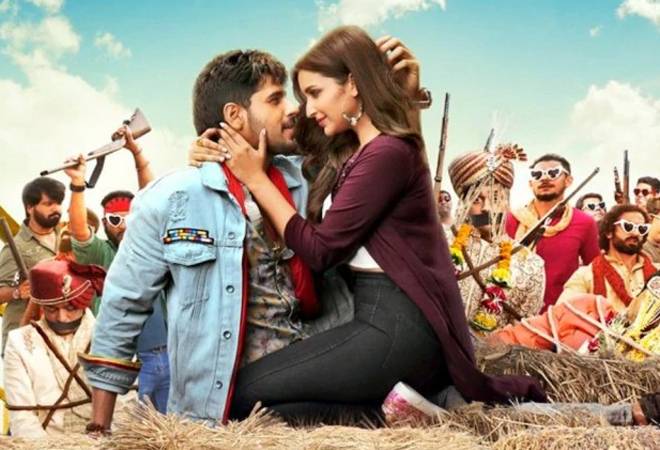 Jabariya Jodi box office collection Day 1: Jabariya Jodi starring Sidharth Malhotra and Parineeti Chopra which released on Friday is expected rake in around Rs 3-4 crore on its first day. The film directed by Prashant Singh opened to a dull house with only 8-10% occupancy Friday.

The film is produced by Ekta Kapoor under Balaji Telefilms banner takes inspiration from 'Pakadwa wedding' (groom kidnapping) which is prevalent some parts of Bihar, is a custom where an eligible bachelor is kidnapped by the bride's family and forced into marriage to avoid dowry.

Malhotra plays the role of a thug in Jabariya Jodi, who kidnaps both the groom and Parineeti Chopra, his love interest. The duo were last seen in comedy film Hasee Toh Phasee (2014).

Jabariya Jodi's success is crucial for both Siddarth and Parineeti as their previous films crashed at the ticket counter. Pareeneti Chopra's Namaste England (2018) and Meri Pyaari Bindu (2017) were flops, while Siddarth's Aiyaary, Ittefaq and A Gentleman also failed to garner numbers.

Jabariya Jodi could, however, have a smooth sailing as no other movie is being released this week.

Jabariya Jodi songs: The film's album is composed by Tanishk Bagchi, Vishal Mishra, Sachet-Parampara, Ramji Gulati and Ashok Mastie. The film has total seven songs--Khadke Glassy, Zilla Hilela, Dhoonde Akhiyaan, Khwabfaroshi, Macchardani, Glassy 2.0 and Ki Honda Pyaar. However, none of the songs has been able to create any big impact.

Kerala floods: Death toll rises to 42 due to heavy rains; over one lakh take shelter in relief camps