The film is expected to touch Rs 100-crore mark early next week as the overall footfall for the film remains steady, thanks to its decent reviews and positive word of mouth. 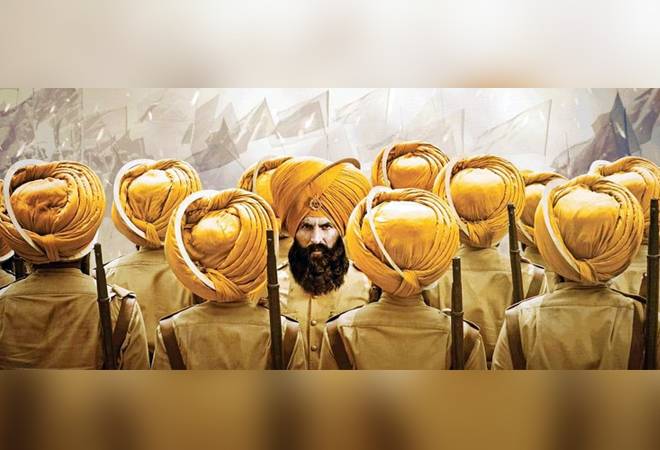 Akshay's war history film Kesari has shown a tremendous start at the box office, earning Rs 56.51 crore in just three days of its release. The film opened to a thundering start at the ticket counter, collecting Rs 21.03 crore on the first day itself. Anurag Singh's directorial film raked in Rs 16.7 crore on its second day, while recorded a collection of Rs 18.75 crore on the third day on Saturday. The film is expected to touch Rs 100-crore mark early next week as the overall footfall for the film remains steady, thanks to its decent reviews and positive word of mouth.

With its record earning on day 1, Kesari has become Akshay Kumar's second biggest opener after Gold, which made Rs 25.25 crore on its first day. It has also surpassed the opening collection of this year's blockbuster films like Gully Boy, Total Dhamaal and Captain Marvel.

The movie, jointly produced under the banners of Dharma Productions, Cape of Good Films, Azure Entertainment and Zee Studios, saw a mega opening across 4,200 screens worldwide, including 3,200 screens in India alone, says film business analyst Taran Adarsh. Terming the movie "outstanding" and one of the best films of Akshay's career, Adarsh said Kesari would immensely benefit from the extended weekend.

Twinkle Khanna, wife of Akshay Kumar and author, also termed the film as "a moving story of extraordinary courage with some kick-ass action".

Kesari, which also stars Parineeti Chopra in the film, is an incredible story of 21 Sikh soldiers fighting valiantly against 10,000 Afghan troops in the year 1897. It revolves around Afghan soldiers' attempt to capture Saragarhi, a signalling post between Fort Gulistan and Fort Lockhart. The film depicts how just 21 soldiers of the 36th Sikh Regiment of the British Indian Army, led by Havildar Ishar Singh (Akshay Kumar), put up a strong fight against the invaders.

Despite the filmmakers best efforts, the film has also fallen fray to online piracy, and a notorious website, Tamilrockers claimed to have leaked the movie online. With this, Kesari has also joined a long list of films, including Thugs of Hindostan, Uri-The Surgical Strike, Manikarnika, leaked by Tamilrockers online. Experts believe the illegal distribution of film over the Internet could hurt its domestic business over the coming days.