Malls vs High Street: Who will win hearts of shoppers in post-covid world?

Although the immediate response of most retailers is that mall owners and brand owners need to find reasonable ways to co-exist, almost all of them admit that high street would be their preferred choice in the new normal 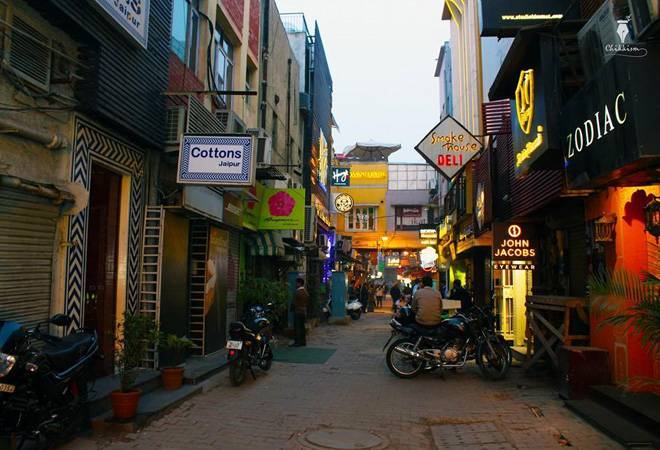 Malls have opened in the cities like Bangalore and Chennai and as expected the response has been lukewarm. To add to this is the row between mall owners and tenants over rentals during the lockdown, which has pushed many retailers to reconsider their decision to have a presence in malls. Will high street take precedence over malls in the months to come? "The high street landlords have been far more understanding than the malls," says Riyaz Amlani, CEO, Impressario Entertainment & Hospitality (owner of restaurants such as Social and Smokehouse Deli). High street, says Amlani, also gives him higher ROIs than malls.

Although the immediate response of most retailers is that mall owners and brand owners need to find reasonable ways to co-exist, almost all of them admit that high street would be their preferred choice in the new normal. "In the next 6-12 months, it is the high streets that would do better," says Siddharth Bindra, MD, Biba India. Almost 60 per cent of Biba's stores are already on high street.

With omni-channel retailing becoming the rule of the game, retailers feel that they need to be closer to consumers. A lot of retail companies are sending e-catalogues to their consumers and offering them the flexibility of either completing their shopping in the comforts of their homes or browsing and selecting the merchandise at home and then going to a nearby store for trial and eventually completing the purchase at the store. "For this, it is important that the stores are in close proximity of the consumer and it is a high street store that will enable us to offer the complete omni-channel experience. Consumers will also prefer going to standalone stores as they will perceive them to be safer than malls, which will have a higher number of people at a given time than a standalone store," explains Suman Saha, COO, Raymond.

Though retailers may prefer high street, the biggest challenge for them are high rentals and also scarcity of quality high street retail space, especially in the metro markets. "The rentals in Khan Market in Delhi, for instance, are as expensive as Times Square in New York, but the paying propensity of consumers is not that high," explains Amlani. In fact, with rentals as high as Rs 600-800 per sq. ft. in high streets like Linking Road in Mumbai, most of the retail brands make huge losses. "I do see retail brands preferring high street stores, but it is going to be in smaller cities where the rentals are lower," says Anshuman Magazine, Chairman and CEO - India, South East Asia, Middle East and Africa, CBRE.

Magazine says that in Q1 FY20, high street locations such as Linking Road in Mumbai, Indiranagar in Bangalore and T-Nagar in Chennai had witnessed a rental growth of 3.6 per cent, whereas rentals in Khan Market in Delhi, Brigade Road in Bangalore and Banjara Hills in Hyderabad had remained stable. On the other hand, rentals of malls in Bangalore, Mumbai and Pune increased by 4.7 per cent. "Owing to the current situation around COVID-19, rents are anticipated to remain stable until the end of the year. However, the situation continues to evolve very quickly and there may be a change in rental position in the coming quarters, months and weeks," adds Magazine.

Former Shoppers Stop MD, now Retail Consultant, Govind Shrikhande, says that high street in the new normal will certainly make more sense for single brand retailers and even restaurants. "Most restaurants are in the inner lanes of high street, and the rentals are not as expensive," he explains. Shrikhande also says that some of the large format retailers (like Westside, Shoppers Stop and Lifestyle which have an over 70 per cent presence) in malls will also feel the need to have standalone stores in order to avoid deadlocks with mall owners. "But it will be extremely difficult for them to get 50,000 sq.ft. of retail space on high street," he further explains. Rentals in malls are between Rs 250-450 per sq.ft, and there is also an additional common maintenance fee of Rs 70-100 per sq.ft.

The new normal will force retail brands to take tough calls. While many of them will shut down their non-performing stores in both malls and high streets, they will also look at downsizing their retail space on highstreets where rentals are high. Gone are the days when brands would take expensive retail space in Khan Market in Delhi or Linking Road in Mumbai just for branding purposes. Return on investment will play a huge role going forward.

Karnataka to not put returnees from Maharashtra under institutional quarantine

India Inc. set to spend entire CSR budget on coronavirus; no space for other causes