Recently, PM Narendra Modi had predicted Congress will not get even 40 Lok Sabha seats in the ongoing election. 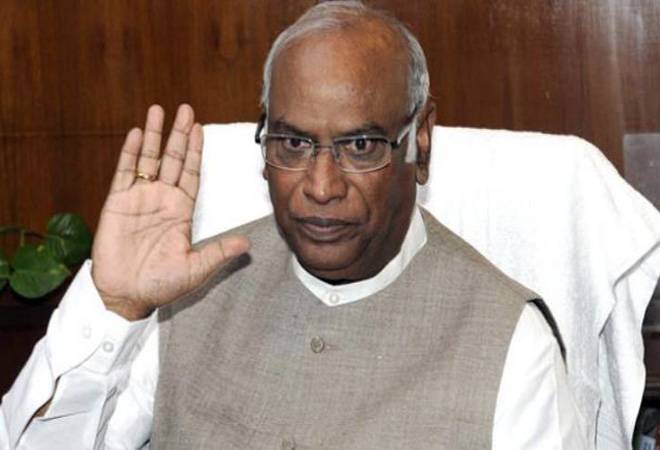 Lok Sabha Election 2019: Will PM hang himself if Congress gets more than 40 seats, asks Mallikarjun Kharge

The level of politics during the ongoing Lok Sabha election stooped to a new low today after Congress leader Mallikarjun Kharge asked will the Prime Minister hang himself if Congress gets more number of seats than he claims. Recently, PM Narendra Modi had predicted Congress will not get even 40 Lok Sabha seats this time.

"If Congress gets more than 40 seats, will Modi hang himself at Delhi's Vijay Chowk?" Kharge said addressing a political rally in Karnataka's Kalburgi.

Mallikarjun Kharge, Congress in Kalaburagi: Wherever he goes, Modi keeps saying that Congress will not win 40 seats. Do you believe that? If Congress gets more than 40 seats, will Modi hang himself at Delhi's Vijay Chowk? pic.twitter.com/ti3uPIYqlV

"Don't waste your vote," PTI had quoted Modi as saying earlier. "Better to vote for a party that is coming to power and you can strengthen it with your vote. The only question now is if the BJP will better its own 2014 tally."

On Friday, Congress leader Navjot Singh Sidhu asked voters in Indore to free the country from the rule of "Kale Angrez" (Black Britishers) and "chowkidars" as he took a jibe at the ruling BJP.

Last month, Sidhu called PM Modi a traitor during his speech in Bhopal. The Congress leader had accused Prime Minister Narendra Modi of stealing money from government-controlled banks and called him "rashtra drohi" or traitor.

#WATCH Sanjay Nirupam, Congress, in Varanasi: I feel that the person that people here have chosen- that Narendra Modi is actually the modern incarnation of Aurangzeb. (07.05.2019) pic.twitter.com/u6x0UsgU3D

"The people of this constituency chose a person [PM Narendra Modi] who is actually the modern-day avatar of Aurangzeb. Because in Varanasi, in the name of corridors hundreds of temples have been demolished on the instruction of Prime Minister Modi," Sanjay Nirupam said at a public meeting in Varanasi on Tuesday.