Currently, most employers have a wage structure in which the basic salary ranges from 25% to 40% of the CTC of the employee, and this forms the basis for both provident fund and gratuity contributions 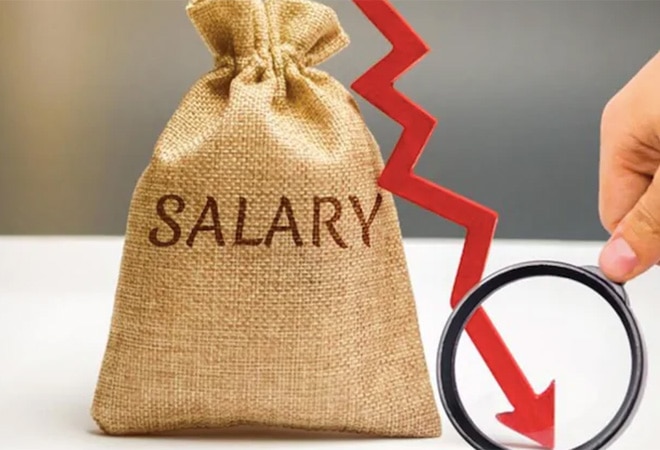 The intent of the labour codes is to ensure that contributions to PF, gratuity payouts, etc. are made on at least 50% of the total remuneration

This is a significant change, and while the intent of having a singular approach is welcome, it would mean that the industry needs to analyse and understand the impact of the same under each of these subsumed legislations.

The term "wages" as defined under the codes today, envisages that "all remuneration" provided to the employee is to be considered, and is subject to certain specified exclusions, such as statutory bonus, conveyance allowance, travel concessions, housing benefit, or house rent allowance, contributions to PF and pensions, overtime, commission, etc.

The aggregate of these exclusions is limited to 50% of remuneration, and hence the wages as ultimately calculated would be at least 50% of total remuneration. Clearly, the intent of the codes is to ensure that contributions to PF, gratuity payouts, etc. are made on at least 50% of the total remuneration. The definition also provides for certain termination related payouts such as gratuity etc. and these are not subject to the 50% limit. Further, the valuation of benefits in kind is also provided for.

Currently, most employers have a wage structure in which the basic salary ranges from 25% to 40% of the CTC of the employee, and this forms the basis for both provident fund and gratuity contributions. With the wages under the codes moving to at least 50% of the CTC, there is going to be an impact from both PF and gratuity perspectives. Let us take a simple example of an employee having a monthly salary of Rs. 25,000. 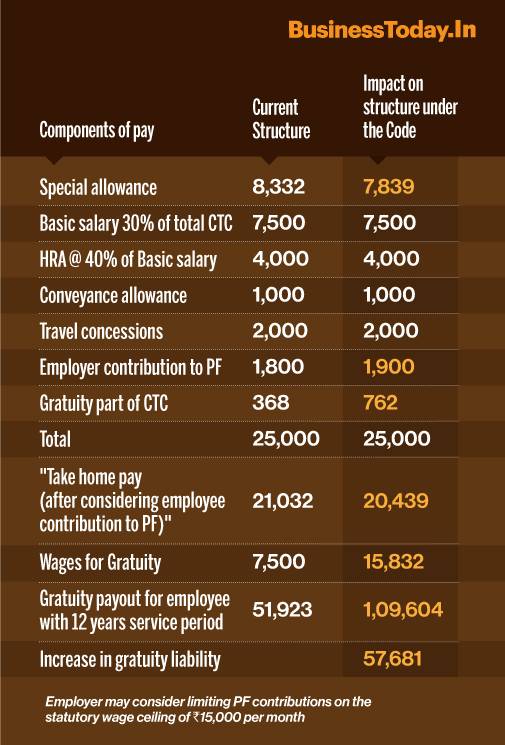 In the above scenario, the gratuity would be computed under the current payment of gratuity act provisions on the basic salary of Rs. 10,000 per month. From a PF perspective, given the principles that arose from the Supreme Court (SC) ruling in the case of Vivekananda Vidya Mandir and others, the employer would have contributed PF on Rs. 15,000 per month (which is the statutory wage ceiling for PF).

Under the codes, the wages for this employee would amount to Rs. 17,000 per month, and hence this needs to be considered for calculating gratuity. If this employee quits the organisation from the codes become effective, and let us presume has put in 15 years of service, the gratuity payable ( calculated as last drawn pay /26* 15* no of years of service) would be Rs. 147,115 as against the earlier amount of Rs. 86, 538 a clear increase of 1.7 times.

This will not only impact the financials of the company since corporates are required to provide for the increased liability through an actuarial valuation but also impact the take-home of the employee.

Unlike the above simplistic example, in practice, most companies would include both the employer contribution to PF as well as gratuity entitlements as part of CTC. Hence, an increase in gratuity payout will reduce the quantum of special allowance and the take home pay of the employee.

From a PF perspective, contributions to PF on wages beyond the statutory wage ceiling are not mandatory. This is based on the provisions of the PF scheme as they stand today, as well as the principles arising from the Supreme Court ruling in the case of Marathwada Grameen Bank.

Hence, where employers are contributing PF on wages up to Rs 15,000 per month, companies may adopt a view that there is no increase in contribution required.

However, there is definitely a need to look at the employment contract and the internal policy of the organisation to ensure that these are aligned with the position being adopted. There would be an impact on PF in respect of employees with wages below the statutory wage ceiling as well as international workers.

Overall, it is important for organisations to analyse the impact of the change in the definition of wages.