Maruti grows for the first time in six months; July sales up 1.3%

The last time Maruti posted growth in a month was at the start of the year (January 2020) when sales grew 0.1 percent over January 2019 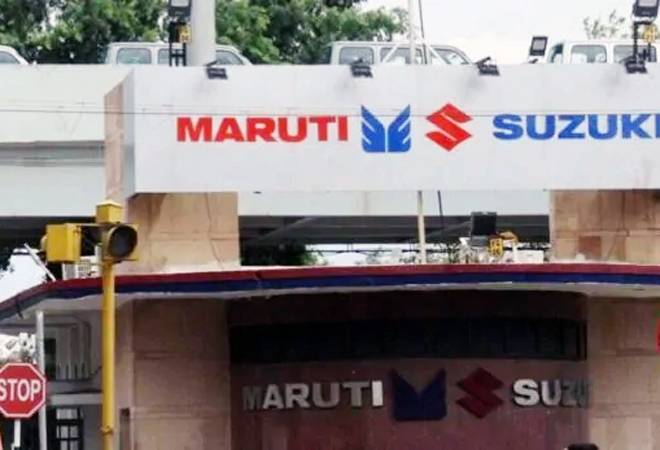 In the first definitive sign of normalcy returning to the domestic automobile industry, India's largest carmaker Maruti Suzuki India Ltd posted its first monthly growth in sales in July in 6 months. The company registered a growth of 1.3 per cent at 97,768 units last month compared to 96,478 units in July 2019.

The last time Maruti posted growth in a month was at the start of the year (January 2020) when sales grew 0.1 percent over January 2019. The absolute volumes, however, were much higher at 142,250 units at the time, but a return to black would inspire confidence after the company registered its worst-ever quarter in history in the first quarter of this fiscal. Maruti had posted an 81 per cent drop in sales in Q1 at just 76,599 units, which in turn consigned the vehicle manufacturer to its first quarterly financial loss of Rs 249 crore.

The biggest jump in sales for the company came last month in the entry-level mini segment (Alto and D Presso), which registered a 49.1 per cent growth at 17,258 units followed by utility vehicles (Ertiga, S Cross, Brezza), which saw a 26.3 per cent growth at 19,177 units. Sales in the most voluminous compact segment that comprises bulk of the company's products like Swift, Dzire, Wagon R, Celerio, Ignis, and Baleno, however, witnessed a 10.4 per cent decline at 51,529 units.

Mirroring the trend, arch rival Hyundai Motor India also notched up sales of 38,200 units in the domestic market, which was nearly as many vehicles it had dispatched in July 2019 (39,010).

"Our domestic sales volume in July 2020 is 98 per cent of July 2019 volumes. This was driven by good demand for our vehicles like the new Creta, Venue, Verna, Elite i20 and Nios hatchback," said Tarun Garg, director (sales marketing and service) Hyundai Motor India Ltd.

Chinese car major SAIC-owned MG Motor also registered impressive sales of over 2,000 units last month, a 40 per cent increase over July 2019. The company, however, cautioned that uncertainty over lockdowns in various parts of the country is affecting the business.

"The overall market environment continues to be challenging with uncertainties due to variable lockdowns in various phases. The component supplies continue to remain impacted, especially from the Chennai region," said Rakesh Sidana, Director - Sales, MG Motor India. "However, despite these challenges, our production has remained at similar levels in July as compared to June 2020 and we expect the situation to improve during the festival season."

Not everybody is out of the woods yet. Sales at Toyota Kirloskar Motor were still down over 48 per cent at 5386 units over 10,423 units in July 2019. The company sought solace in the increase in sales over June.

"Despite various challenges, the month of July witnessed better sales in terms of both retail and wholesales when compared to June. The first month post unlock (June) witnessed demand rekindling and retails being very good due to several factors including pending customer orders as well as pent up demand accumulated as a result of the extended lockdown," said Naveen Soni, Sr. Vice President, Sales & Service- TKM.

"However in July, as a result of sporadic lockdowns and extensions being imposed in several parts of the country, led us to a situation wherein our business was closed up to 20 per cent of the market, in and around mid-July. This was due to the rest of the 80 per cent of our business that has helped us close the month with a higher than June retails. Similarly, the lockdown called upon Bengaluru also caused us to temporarily shut down our plant for four days last month as a result of which we produced less than the numbers we had planned."

With the onset of festive season later this month, Toyota is planning to enter into new segments like compact SUV which it believes will help turn the corner this year.

"We intend to catch up on both retails and wholesales beginning the festive month of August. Moreover, we are very excited to announce our foray into the very dynamic compact SUV segment this festive season," Soni added.