The company has revised the prices of all its iPhones to factor in the 50 per cent increase in GST. 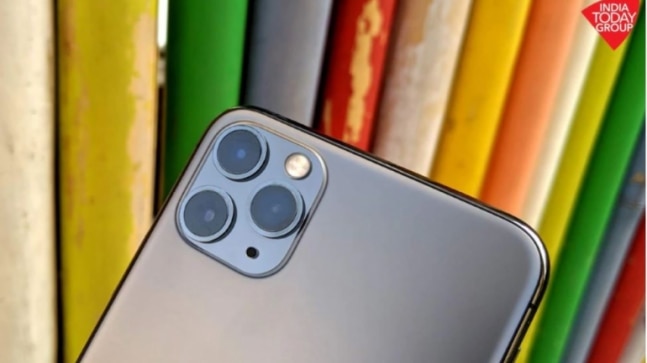 Reacting to the government's decision to increase the GST on smartphones by 50 per cent -- going up to 18 per cent from 12 per cent previously -- Cupertino-based tech giant, Apple, too has hiked the prices of its iPhones in India.

The company has revised the prices of iPhones, with the new pricing effective since yesterday. With the prices revised, Apple's premium phones such as the flagship iPhone 11 Pro Max now start at Rs 1,17,100 with the iPhone 11 Pro also becoming dearer with a new price tag of Rs 1,06,600.

The revision in prices has impacted the entire lineup of phones from the company, with the prices of the iPhone 11, iPhone XR, and the iPhone 7 also being increased due to the change in the GST.

As such, the entry variant of the iPhone 11 that retailed at Rs 64,900 up until a few days ago now costs Rs 68,300. As for the most popular iPhone in the company's line-up, the iPhone XR, the base 64GB variant has become slightly more expensive and now retails at Rs 52,500 -- as opposed its pre-GST hike price of Rs 49,990. The price hike has also affected the affordable iPhone 7 32GB variant which now starts at Rs 31,500.

Though the price hike on some of the phones may appear steep, it isn't surprising at all as other phone makers too have gone down the road and increased the prices of their phones. Phone maker Xiaomi, Oppo and Realme have all announced price hikes on their smartphones that already came into effect yesterday.