According to Ookla's Speedtest Global Index for January 2021, India has retained its position on the broadband speed front. However, where mobile internet speed is concerned, India has fallen. 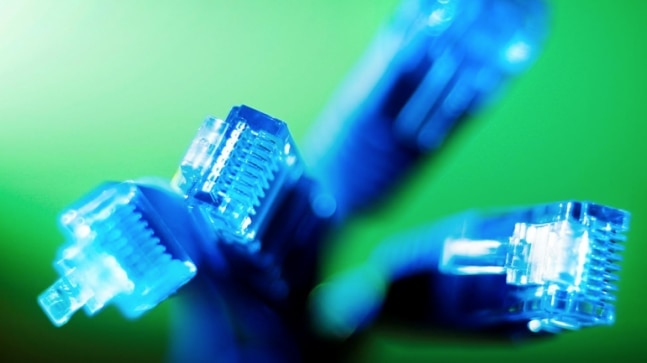 India retained its position globally in January 2021 where broadband speeds are concerned, according to data released by Ookla's Speedtest Global Index. It was at the 65th position in both December 2020 and January 2021. The average broadband download speed in January was 54.73Mbps. It was 53.90 Mbps speed in December last year. India has also seen a growth in average broadband upload speed by over one per cent speed. It was 51.33Mbps in January as compared to 50.75Mbps in December, last year. Singapore, Hong Kong and Thailand were at the top positions in the Ookla Speed Test index globally for broadband speeds, with 247.54Mbps, 229.45Mbps, and 220.59Mbps broadband average download speeds respectively.

Ookla's Speedtest Global Index has released information on mobile internet data speeds for January 2021 and India has fallen further to the 131st position from the 129th position in December 2020. India however retained its 65th position -- in terms of broadband speed on the global index. Currently, the United Arab Emirates (UAE) and South Korea are in the first and second position where internet speeds are concerned globally, as per Ookla's data. The average mobile download speed for UAE and South Korea were 183.03Mbps and 171.26Mbps in January 2021.

According to data shared by Ookla's Speedtest Global Index, the average mobile download speed in India in January was 12.41 Mbps as against the 12.91 Mbps in December. The upload speed dropped over 4.2 per cent 4.76Mbps in January 2021, while it was around 4.97 Mbps in December last year. The latency rate in India has remained consistent at 51 milliseconds in the last two months.

Qatar and China remained on the third and fourth position on the global index with an average mobile download speed of 170.65Mbps and 149.68Mbps respectively, in January 2021. The Global average download speed on mobile devices in January was 46.74Mbps and declined by almost one percent from last December when it was 47.20Mbps according to Ookla.

The average mobile upload speed in the global markets also dipped in January 2021 and stood at 12.49Mbps. It was 12.67Mbps in December last year. The global average latency rate has increased by one millisecond to 37 milliseconds in December.

ALSO READ: | Netflix rolls out feature that will auto-download shows for users based on what they watch
ALSO READ: | Vi Rs 148 prepaid plan now available on pan-India basis, here is what it offers
ALSO READ: | Realme Narzo 30 Pro launching tomorrow, here is why you should be excited