Andy Jassy, who is currently the CEO of Amazon Web Services (AWS), will be stepping into Bezos shoes in later this year 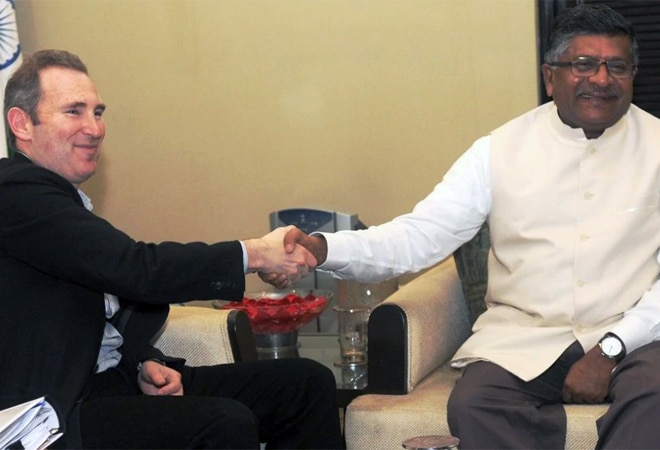 One of the most established names in the tech world, Jeff Bezos is stepping down as CEO of e-commerce giant Amazon. Andy Jassy, who is currently the CEO of Amazon Web Services (AWS), will be stepping into Bezos shoes in later this year. Amazon currently employs over 1.3 million and has presence across the world.

Bezos, who founded Amazon in 1994, conveyed his decision of stepping down from the leadership role in an email to his employees. While Bezos will take over the role of executive chairman after stepping down as CEO. "In the Exec Chair role, I intend to focus my energies and attention on new products and early initiatives," wrote Bezos. The initiatives Bezos will be focusing on include Day 1 Fund, the Bezos Earth Fund , Blue Origin, along with his other passions. "I've never had more energy, and this isn't about retiring. I'm super passionate about the impact I think these organizations can have," emphasised Bezos.

Jassy, who would be taking over as the CEO, has been with Amazon for almost as long as Bezos. "Andy is well known inside the company and has been at Amazon almost as long as I have. He will be an outstanding leader, and he has my full confidence," added Bezos. A Harvard Business School and Harvard University graduate, Jassy joined Amazon in May 1997. A subsidiary of Amazon offering cloud computing platforms and APIs, AWS is a highly profitable bringing in $10 billion revenue in the first quarter of 2020. Founded in 2002, Jassy was leading the AWS team since 2003, and was later named as the CEO of AWS in 2016.

Also read: Who is Andy Jassy, the next CEO of e-comm giant Amazon?

Bezos ended the letter stating, "Amazon couldn't be better positioned for the future. We are firing on all cylinders, just as the world needs us to. We have things in the pipeline that will continue to astonish. We serve individuals and enterprises, and we've pioneered two complete industries and a whole new class of devices. We are leaders in areas as varied as machine learning and logistics, and if an Amazonian's idea requires yet another new institutional skill, we're flexible enough and patient enough to learn it. Keep inventing, and don't despair when at first the idea looks crazy. Remember to wander. Let curiosity be your compass. It remains Day 1."

Industry leaders congratulated Bezos and Jassy on the announcement. Sundar Pichai, CEO of Alphabet Inc, tweeted his best wishes. "Congrats @JeffBezos , best wishes for Day 1 and Earth fund. Congrats @ajassy on your new role!". The tweet from Microsoft CEO Satya Nadella said, "Congratulations to @JeffBezos and @ajassy on your new roles. A well-deserved recognition of what you have accomplished."