As smartphones are becoming big and uncomfortable to hold, the Pixel 4a is compact and ergonomic 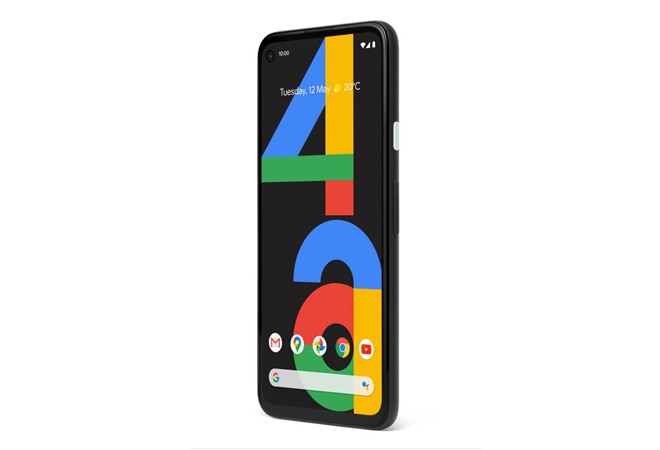 The value-for-money options of the flagship smartphones seem to be the new strategy leading smartphones brands have been adopting of late. The iPhone SE 2020 has been doing well. So is the Samsung S20 FE edition. Google too has joined the league with the Pixel 4a (although it didn't launch the Pixel 4 in the Indian market). Does it manage to live up to the Pixel legacy?

With the Pixel 4a, Google has continued with its signature design - matt soft finish, single-camera module and a circular fingerprint scanner at the rear. For me, this was a refreshing break from the glossy glass rears on most of the smartphones these days. However, it does not have the Active Edge feature, which activates Google Assistant when squeezed from the sides.

As smartphones are becoming big and uncomfortable to hold, the Pixel 4a is compact and ergonomic. With the soft finish polycarbonate chassis and a 5.8-inch OLED screen, Google has successfully managed to restrict it to 143 grams. Be it the power key or the fingerprint scanner, both are easily accessible. Just that the light green power key seemed a bit odd - like a chewing gum stuck on the edge. Using the 3.5mm jack, I was able to connect my headphones while streaming morning tracks and answering calls. This time around, Google has kept it simple - just one variant of hardware in black.

The 5.8-inch OLED-display has been stretched to sides, offering a big screen estate. Instead of a notch, the punch hole for selfie camera on the top left isn't intruding. It's a bright display with good viewing angles. Sunlight legibility is not so great and comes with generations-old Gorilla Glass 3 for protecting the screen from scratches.

Quality over quantity seems to be Google's mantra as the Pixel 4a continues with just a single camera (12.2MP camera with an f/1.7 aperture) at the rear. This sounds a bit too less given even the sub-Rs 10,000 smartphone pack in quad-camera modules. Yet the single-camera married with intelligent software in the camera app captures stunning images. Quick to focus, just point the camera and hit the shutter button. Depending on the mode, the camera app takes some a second or two to process the image. Especially with portrait and night mode shots. The portrait mode, using artificial intelligence, identifies the subjects and blurs the background. It works well on humans, pets and even objects.

When shooting in low-light, the phone prompts to switch to Night sight mode, which brightens up the images without looking artificial. As the mode takes a few seconds to capture the shot, it is ideally suggested to stand still. A slightly difficult task, I preferred resting my hands on a table or whatever available in front of me. While I am a die-hard fan of panorama shots captured from iPhones, the Pixel 4a doesn't disappoint either. Most of the images captured using the Pixel 4a are sharp with natural-looking colours (at times oversaturated and artificial too), retain a great amount of details and look vibrant. Overall, the camera UI is neat.

As I have been spending some time gardening these days, the Google Lens feature within the camera app came in handy in identifying weed that had been growing in the pots. It quickly identifies the subject and shows similar suggestions. It works well at translating the text as well. The Pixel 4a isn't a winner when it comes to video capturing as the results are just about average. Selfie lovers will love this 8MP front snapper.

Google hasn't gone crazy by adding the top-of-the-line Qualcomm processor but has gone ahead with the mid-range 730G, which is optimised for gaming. Retro gaming was rad and fun but playing heavy game was a mixed bag. Swiping gem stones on your Candy Crush, or swipe-jump your hero in Temple Run works just fine. Try sniping the opposition team in Call of Duty and most likely, the lag will be your downfall. Also, a bit of gaming turns the phone hot. Nevertheless, it feels just fine while browsing the web, capturing images, streaming videos, calling, social media and more. But it does take a few seconds to launch apps and switch between the running ones.

The best thing about the Pixel 4a continues to be the stock Android on it, which means no bloatware plus additional Google goodies. Recorder app came handy for meetings as it transcribed the recording automatically. Live Caption automatically captioned almost every media being played on the phone - be it videos, podcast or even audio messages.  There is also this safety app that gives access to emergency contacts without unlocking the phone in case of an accident. All this is backed by a mediocre battery, which merely lasted a day on a single charge.

Google's Pixel 4a may not be the best smartphone in the market or the best camera or gaming phone on the block, it is good enough at everything - from design, camera to performance. It's good for those with average usage or can be a great secondary device.

Also Read: Compensate adequately or see us in court: Dealers to Harley-Davidson