Signal has updated its Android and iOS apps, bringing chat wallpapers, animated stickers, "About" in the Profile section, and more features. 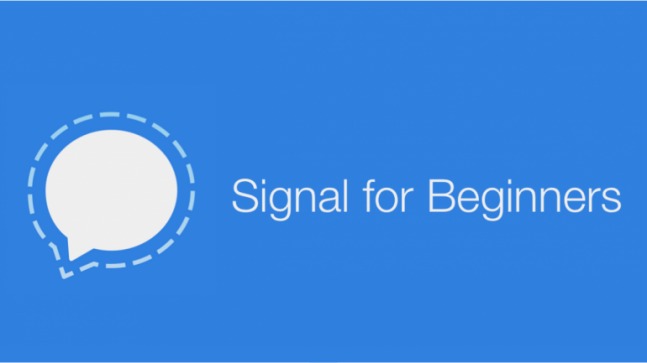 The latest update for the Signal messaging app is rolling out iOS (version 5.3.1) and Android (5.3.7) with several new features that bring the messaging platform more in line with other popular apps, such as chat wallpapers. The new features are available now and being pushed to all users globally.

Chat wallpapers have arrived! Customize wallpapers for each of your chats or just set a default background for everyone if your patience is wallpaper thin. Now available in Signal 5.3 for Android and iOS. pic.twitter.com/IxAxQUCm9n

Another notable addition is the inclusion of the new About option in the Signal profile. You can configure wallpapers for individual chats or as the default background for all contacts. You can either select a predefined wallpaper or upload your photo. The Dark mode will be overridden if you apply chat wallpapers.

Support for animated stickers is rolling out now with the first official animated Signal sticker pack, "Day by Day" by Miguel Ángel Camprubí. Find out how to make your own stickers in Signal Desktop, or download the new pack here:https://t.co/PeXnacYn0Rhttps://t.co/TDc81EnPXvpic.twitter.com/vFLHCsUBor

Signal enables iOS users to lower data usage for calls in addition to the capability to pause attachment downloads during a call conversation. The image compression quality has been enhanced in the latest update. The chat list previews display the sender's name in group chats.

Signal is an end-to-end encrypted messaging app just like WhatsApp. A large number of people flocked to it after WhatsApp updated its Privacy Policy earlier this month, triggering privacy concerns. According to a Sensor Tower report, Signal was downloaded over 23 lakh times between January 6 and January 10.

Also Read | Google Chrome is introducing Tab Grouping on Android: Here's how to use it
Also Read | POCO M3 to be launched in India with 6GB RAM version
Also Read | Mark Zuckerberg talks to Australian lawmakers regarding the new media rules