Specials
BT Specials
Magazine Archives
News
TECHNOLOGY
iPhone 14: Specs, features, and all that we know about the iPhone next year

iPhone 14: Specs, features, and all that we know about the iPhone next year

The next-gen iPhone 14 has been subjected to multiple leaks already. It is said to feature a notch-less display, an under-display fingerprint scanner and more. So keep reading to find out everything we know so far about iPhone 14.

iPhone 14 is possibly the name of the next year's iPhone if going by how Apple has been naming its devices lately. We had our first possible sneak peek at the iPhone 14 a week ahead of the iPhone 13 launch in September. Since then, there have been multiple iPhone 14 leaks. While the iPhone 13 brought minor upgrades over the iPhone 12 series, with the iPhone 14, we could be in for one of the biggest iPhone upgrades.

We have been hearing about a notch-less iPhone for some time now, and it is supposed that Apple could make that change on its next set of smartphones. A more recent report states that the smartphone could drop the lightning port and incorporate a Type-C port. Rumours also hint towards the inclusion of an under-display fingerprint scanner.

Along with it, Apple may get rid of the huge camera bump on the rear. The brand is also expected to eliminate the iPhone mini from the upcoming lineup and focus on bigger models. Then again, the Pro models are supposed to get 48-megapixel primary sensors. While that was a brief introduction to the iPhone 14, we have more details to share with you, so let's get started.

--The iPhone 13 series launched as usual in the month of September, and now the focus has completely shifted to the upcoming iPhone 14 lineup. Like the current lineup, we suppose to see a total of four smartphones. However, that might not include the iPhone 14 mini. Instead, Apple is tipped to bring two "higher-end" and two "lower-end" iPhones each.

--As far as the naming is concerned, the devices are rumoured to be called - iPhone 14, iPhone 14 Pro, iPhone 14 Max and the iPhone 14 Pro Max. With "Max" referring to a bigger display while "Pro" designating top-end specs.

--In a recent leak, it has been revealed that the upcoming iPhone 14 could offer a Type-C port. The report comes from "idropnews" via leaker "LeaksApplePro". The report further states that only Pro models will get this feature. iPhones have been long rumoured to make this move. But then there are also reports about a completely portless design. So it cannot be said if the feature would make it to the iPhone 14 series. 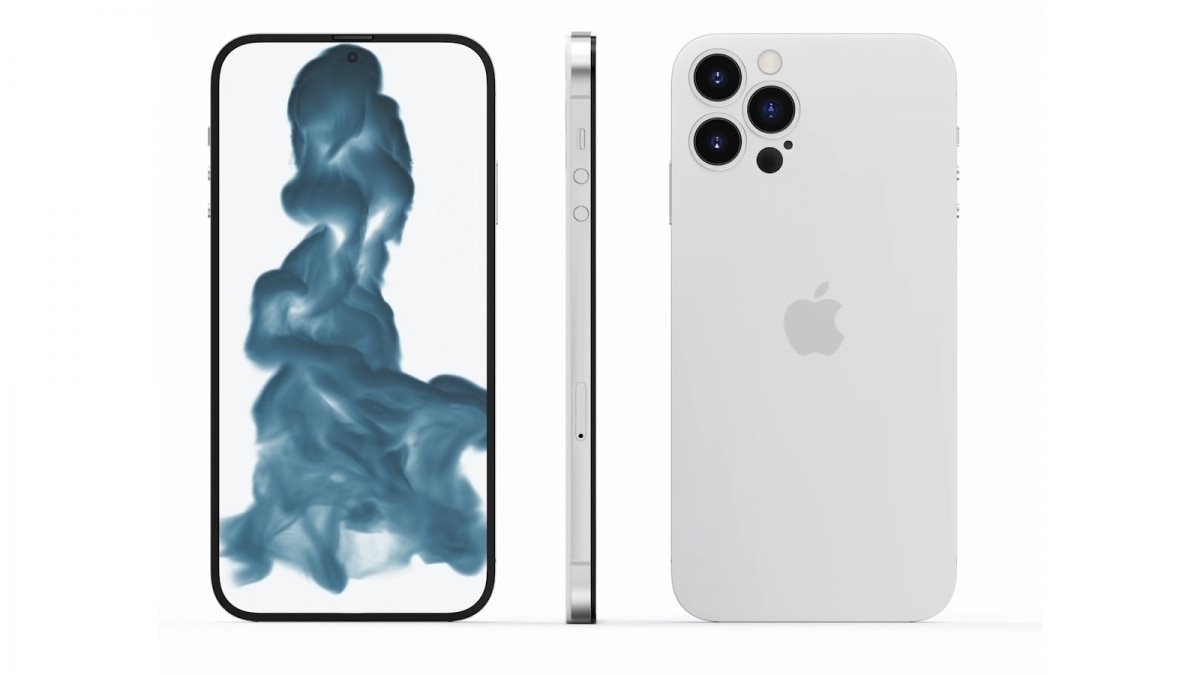 --iPhone 14 is also tipped to feature an in-display fingerprint scanner for authentication. The feature was earlier supposed to make it to the iPhone 13, but that didn't happen. So it is possible that the feature could trickle down to the iPhone 14. However, Apple has been relying on Face-ID tech since 2017. Thus it could be a big move altogether if the reports are true.

--There have been multiple iPhone 14 leaks since the design was first revealed by tipster Jon Prosser ahead of the iPhone 13 launch. According to this, the smartphone will switch to a notch-less design. Renders released by Jon Prosser reveal that a centred punch-hole camera could replace the notch.

--The iPhone 14 was seen in a design reminiscent of the iPhone 4 in Jon Prosser's video. The device has flat sides with rounded volume and mute buttons. It is supposed that the sides will be made out of titanium while the rear will have a glass finish. The rear panel is expected to be completely flat with no camera bump. Prosser says that Apple will compensate for the camera bump by making the iPhone 14 thicker.

--As far as the display goes, Apple is said to stick to the current screen sizes besides the 5.4-inch iPhone mini, which it is expected to get rid of. So we can expect to see two 6.1-inch iPhone 14 models and two other 6.7-inch models.

Apple has been pretty consistent with the launch date of the iPhones. The latest iPhone 13 was launched on September 14 around its usual launch date. So we can expect to see the iPhone 14 around the same time next year.

Currently, there's no information about the pricing of the iPhone 14. But we are guessing that the price will remain static for the upcoming models. For reference, the base variant of the iPhone 13 with 128GB of storage has been set at Rs 79,990. Even the older iPhone 12 was launched at Rs 79,990.