OnePlus 7 will have a pop-up selfie camera setup with a slight chin at the bottom. At the back, the phone comes with a vertically aligned triple camera setup. 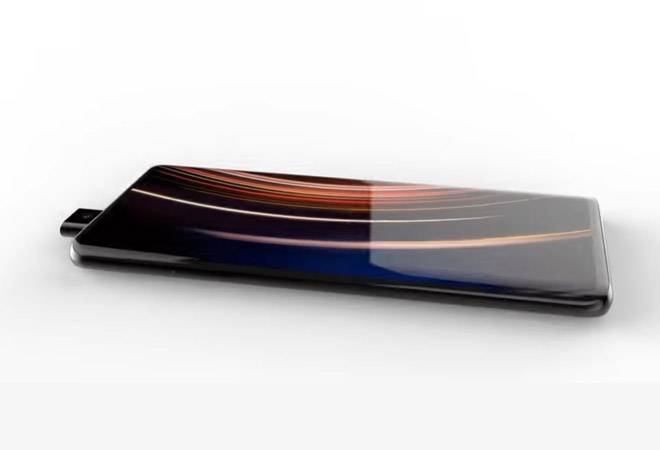 OnePlus 7 has been leaked in renders, tipping design details

The launch of OnePlus 7 is still a few months away but a new set of image leaks have revealed the design of the new flagship OnePlus device from all angles. The image shows that the OnePlus 6T successor will have a full view edge-to-edge screen with a Vivo Nex-style pop-up selfie camera design and a triple camera setup at the back.

Tipster OnLeaks in collaboration with Pricebaba has released new images of the OnePlus 7 revealing new design elements and camera package that separates it from OnePlus 6T. The leaks showcase a pop-up selfie camera setup with a slight chin at the bottom. At the back, the phone comes with a vertically aligned triple camera setup, and a flash sitting beneath it.

So... To celebrate my fourth Twitter Anniversary as @OnLeaks and start 2019 leaks season, here comes a lil gift as your very first look at the #OnePlus7! 360» video + gorgeous 5K renders + dimensions, on behalf of my Friends over @Pricebaba -> https://t.co/gj5eHbiB25pic.twitter.com/7oNyF9jgG0

Earlier, OnePlus had to face the ire of its fans for the iPhone-esque notch in OnePlus 6. OnePlus later implemented the water-drop style notch in its OnePlus 6T device. With OnePlus 7, the company is getting rid of the notch all together.

OnePlus is also going to implement Universal Flash Storage (UFS) 3.0. UFS is a high-performance interface designed for use in applications where power consumption has to be minimised. UFS brings higher data transfer speed and increased reliability to flash memory storage.

In terms of ports, there will be a USB Type-C port alongside a loudspeaker grille at the bottom. The top side of the frame gets the pop-up camera selfie cutout and a microphone. There are volume buttons on the left frame and a power button alongside an alert slider on the right.

As far as the specifications are concerned, OnePlus 7 will be powered by Snapdragon 855 SoC. It will also boast of a screen-to-body-ratio of 95 percent, and the display will measure at 6.5-inch.

OnePlus 7 will not be a 5G phone and instead, OnePlus will launch a separate 5G device later this year.