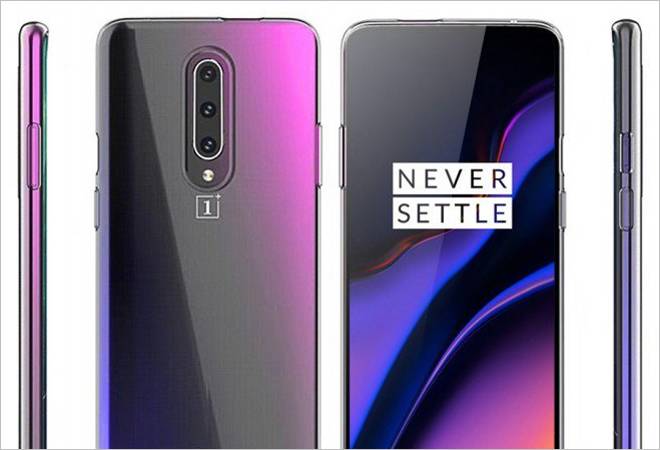 As far as the leaked pricing is concerned, the 8GB of RAM and 256GB of storage variant of OnePlus 7 Pro will retail for 749 euro. Leaks also suggest a 12GB of RAM model with 256GB of storage priced at 819 euro. There will also be a base 6GB RAM and 128GB storage variant, the pricing details of which were not revealed but the it could be around Rs 50,000 in India.

As far as optics of OnePlus 7 Pro is concerned, a 48MP primary camera is expected. The setup will also include telephoto lens and ultra-wide angle lens. There are also rumours that the company might borrow Oppo's 10x optical zoom technology for its flagship phone. Triple cameras are the rage at the moment and can be found in most phones these days including the premium Samsung Galaxy S10, the Huawei P30 and the upcoming LG V50 ThinQ.

Other than the camera, OnePlus 7 Pro will come with a Quad HD+ Super AMOLED "90Hz" display. The traditional smartphones come with a screen refresh rate of 60Hz, meaning they refresh 60 times per second.

OnePlus CEO Pete Lau had said in an interview with The Verge that the new OnePlus 7 Pro device will include a significant display upgrade and a 5G option. Lau also said that the company is spending over three times as much on its display this year than on previous models. Lau also called the new device beautiful and added that it was fast and smooth. "Excited to share the next product from OnePlus will unleash a new era of Fast and Smooth. Especially Smooth! Smooth is more challenging than Fast - a true test of hardware and software. The new product is just beautiful - I can't wait for you to see it!" he had said.

The OnePlus 7 Pro is launching on May 14 at events in New York City, India, and the UK. Company is also expected to unveil a standard OnePlus 7 which is expected to be an incremental update over the last years OnePlus 6T.