Snapchat's growth rate has fallen. On the other hand, Instagram has managed to steadily grow in popularity 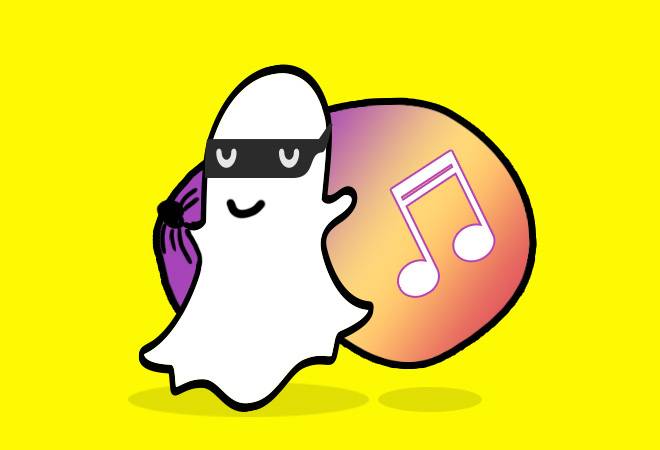 With Facebook, especially Instagram robbing away the Snapchat users, the photo-sharing app has decided to pick one from Instagram to keep its users engaged. Snap Inc's photo-sharing app will introduce a new feature that will allow Snap'pers to add music to their posts on the platform. Instagram and TikTok already allow users to add music to their content. Facebook also allows its users to upload and share videos featuring music from big music labels.

Snap Inc is already in talks with record labels like Universal Music Group, Sony Music Entertainment and Warner Music Group to let its users use their music in posts on its Snapchat app. According to The Wall Street Journal, things have not been announced officially yet but the company is pushing itself to gain relevance in the market dominated by Facebook and Instagram.

Music on posts can make a dull photo come to life and the new feature could make Snapchat Stories more fun to post and watch. Snapchat's growth rate has fallen, especially after the redesign. On the other hand, Instagram has managed to steadily grow in popularity. Some of the Instagram features like Superzoom and re-sharing of public feed posts has also contributed to its popularity.

In the initial years, Snapchat grew in popularity owing to its 'disappearing stories feature. The Snapchat stories feature has now been copied by Facebook into its own platforms such as Instagram and WhatsApp.

In other Snapchat related news, the employees of the company have been found to use tools to spy on users. According to the Motherboard, Snap Inc's employees used SnapoLion to access user data. The tool was originally used to gather information on users in response to valid law enforcement requests, such as a court order or subpoena. An internal email obtained by Motherboard said that a department called "Customer Ops" had access to SnapLion. Security staff also have access, according to the company's employees.

OnePlus 7 Pro has a display issue! Should you still buy the device?