Boeing has offered that future F/A-18 Super Hornet upgrades can be co-developed with India, maximising performance, affordability, indigenisation for decades. 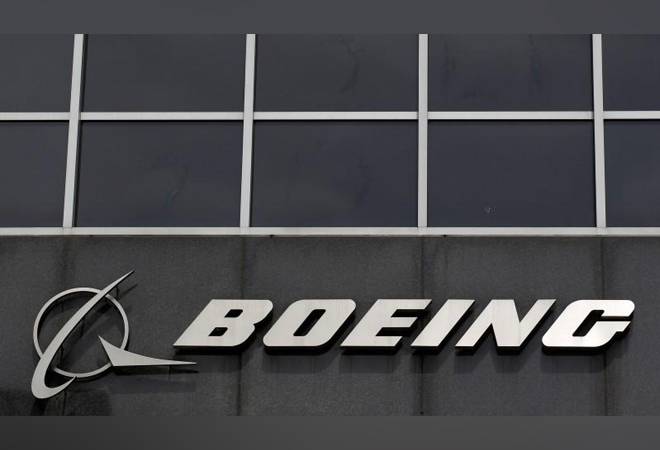 "What we're talking about is a complete ecosystem of capability it's building up supply chain, it's building up engineering capacity, technical mechanical capacity. It is bringing the build, not the kit, to India," Marc Allen, president of Boeing International and a member of the Boeing Executive Council, told PTI.

Last month, Allen was named the senior vice president of Boeing and president of Embraer Partnership and Group Operations.

Boeing has offered that future F/A-18 Super Hornet upgrades can be co-developed with India, maximising performance, affordability, indigenisation for decades.

The McDonnell Douglas F/A-18 Hornet is a twin-engine, supersonic, all-weather, carrier-capable, multirole combat jet, designed as both a fighter and attack aircraft.

As a result, Allen argued, the impact will be transformational - building a next-gen warfighter in India and a 21st-century aerospace ecosystem with Hindustan Aeronautics Limited (HAL) and Mahindra along with Boeing industry's partners (GE Aviation, GKN Aero, Northrop Grumman and Raytheon).

"And that's why the idea of being able to service, both the Indian Navy and the Indian Air Force requirements together is so vital because it creates a volume that supports industrial development at a massive scale," Allen said in response to a question.

Boeing says that the 'Make in India' programme for the Super Hornet has been envisioned for aircraft made in India for India. The Super Hornet production line will exist in the US to meet the immediate needs of its American and international customers.

The Super Hornet is the airplane that fits the requirement of both the Indian Navy and Airforce, he asserted.

Boeing says that the Super Hornet offering for India co-opts the expertise of a public-private partnership with HAL and Mahindra to make the F/A-18 Super Hornet in an advanced Factory-of-the-Future in India.

The partnership, it asserts, will harness productivity opportunities in India to deliver more-for-less (more capability for less cost) to its Indian customers and worldwide.

Noting that its current F/A-18 production involves 60,000 jobs and 800 suppliers in 44 US States, Boeing officials say that this can be replicated in India. This partnership will create jobs and industrial capacity in India and also helps Boeing stay globally competitive.

The future production with Indian partners will involve maximising indigenous content and producing the F/A-18 in India thereby creating a 21st-century aerospace ecosystem, Allen said as he refuted giving a direct answer to the question of the minimum number of fighter jet orders it needs from India to develop that ecosystem.

"We have not framed up our responses to the government's request for information around a minimum order now, but what we've done is that show us your requirements and we'll show you what's possible inside your requirements. But certainly, the government recognises the programmatic constraints that the more it's able to invest in a broader program that can cover multiple services, the more capacity for industrial development it will get, he said.

"We will shape our bid to the number. There's less we can do at a lower number in terms of what's Made in India. And to get to the full up ecosystem, the more the purchases, the more that can be done. It's a sliding scale. And remember it's also a sliding timescale," he said.

But at the same time, Allen said that Boeing is not waiting for the competition to begin building the ecosystem.

Boeing, Allen said will continue to invest millions of dollars in supplier development, training, tooling and quality systems and skill development at its Indian suppliers.

Allen said Boeing plans to expand its footprint in India from 3,000 engineers to 5,000 in the next couple of years.

"We're on our incredible trajectory of that growth. We've also opened up the Apache fuselage manufacturing operation. It's a joint venture - Boeing and Tata that works out of Hyderabad," he said.