Dabangg 3 Day 6 Box Office Collection: On comparing Dabangg 3's box office collection with Dabangg 2 and Dabangg (part 1) -- all three of them have shown a similar trend 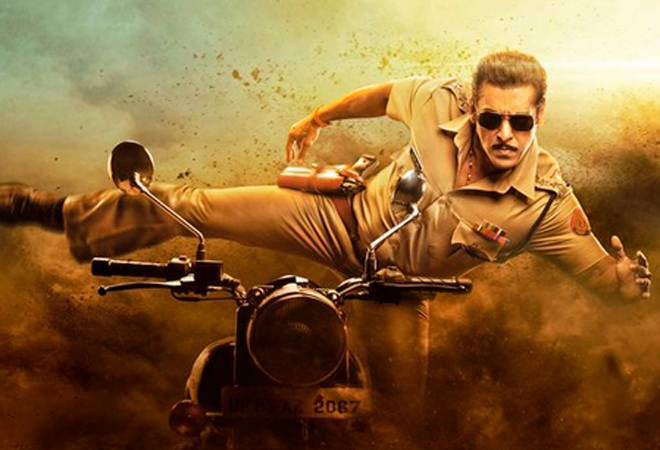 Dabangg 3 Day 6 Box Office Collection: Salman Khan's Dabangg 3 saw 65 per cent growth on its Day 6 due to the Christmas holiday at Rs 15.50 crore. Though the action-comedy film continues to register double-digit collection, its earning has been below expectation due to poor reviews and anti-Citizenship Act protests. On its opening day, Dabangg 3 raked in Rs 24.50 crore, while the movie earned Rs 24.75  crore on day 2. It was on Sunday when Dabangg 3's collection surged to Rs 31.90 crore. On Monday and Tuesday, Salman Khan's film minted Rs 10.70 crore and 12 crore, respectively. Overall, Dabangg 3 has minted roughly Rs 118 crore till day 6.

On comparing Dabangg 3's box office collection with Dabangg 2 and Dabangg (part 1) -- all three of them have shown a similar trend. According to Bollywood Hungama, Dabangg (part 1) had earned Rs 81 crore in its first week, whereas Dabangg 2 had collected 106 crore.

Trade analysts have predicted that Dabangg 3 will face difficulty to even breach Rs 150 crore mark at the box office. A major reason for this is the release of the much-anticipated film of the year, Good Newwz, which stars Akshay Kumar, Kareena Kapoor, Diljit Dosanjh and Kiara Advani on December 27.

If these predictions prove right, Dabangg 3 would become one of the biggest disasters of Salman Khan after Tubelight, which earned just Rs 119.26 crore.