Shikara box office collection: The Vidhu Vinod Chopra film has earned Rs 4.95 crore at the box office so far. The political drama based on Kashmiri Pandits has received negative reviews both from the public and the critics alike 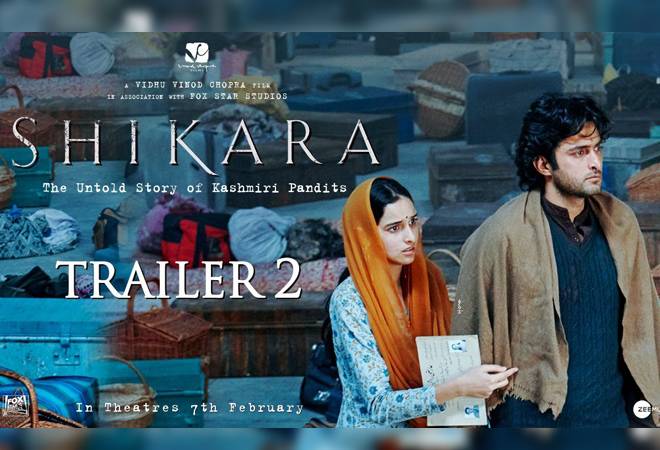 The Vidhu Vinod Chopra directorial Shikara has made Rs 4.95 crore at the ticket window till Sunday. The film has witnessed a drop in footfalls since its release, according to media reports. Film critic and trade analyst Sumit Kadel predicted that both Malang and Shikara need to have a steady hold on the weekends to be able to break even.

Steady hold on weekdays are crucial for both films to reach break even point.

The political drama is expected to fare averagely at the box office owing to its subject matter and its star cast featuring newcomers. The box office collections of Shikara could also be affected by its clash with the Anil Kapoor-Disha Patani starrer Malang on February 7. The Vidhu Vinod Chopra film stars newcomers Aadil Khan and Sadia in lead roles. The actors portray a married couple, Shiv Kumar Dhar and Shanti Dhar in Shikara.

The political drama based on 'Our Moon has Blood Clots' by Rahul Pandita is getting negative reviews both from the public and the critics. The Vidhu Vinod Chopra directed film has been mired in conspiracy as some Kashmiri Pandits have criticised Chopra for not showing what really transpired in the decade.

It is also being alleged that Chopra used the issue of the 1990s Kashmiri Pandit exodus in order to make a love story 'in the most difficult of times'.