SSR case news: The CBI team probing the case against the Jalebi actress along with several sections of IPC along with abetment to suicide will primarily pay attention to what happened between Sushant and Rhea on June 8

Actress Rhea Chakraborty has been in the limelight since Sushant Singh Rajput's sudden death on June 14 and after the late actor's family filed an abetment to suicide charge against her among several others. At present, a transcript of the actress' chat with filmmaker Mahesh Bhatt has gone viral.

After actress Rhea Chakraborty left Sushant Singh Rajput's house on June 8, she had a chat with director Mahesh Bhatt. In a transcript of the WhatsApp chat between Rhea and Mahesh Bhatt, Rhea says, "Aisha has moved on... sir... with a heavy heart and sense of relief (sic)" The WhatsApp chat further reads, "Our last call was a wakeup call. You are my angel, you were then and you are now."

Aisha is the name of the character portrayed by Rhea in the Mahesh Bhatt-bankrolled film Jalebi.

According to an India Today report, Chakraborty has maintained in her statements to the agencies that it was Sushant who asked her to go and these messages also suggest that even her father was not happy with Sushant and her relationship with the late actor. Even Bhatt advised her against it.

In one of the messages, Bhatt wrote, "Don't look back. Make it possible what is inevitable. My love to your father. He will be a happy man (sic)." To this, Rhea replied, "Have found some courage, and what you said about my dad tht day on the phone pushed me to be strong for him. He sends you love and thanks you for always being so special."

"You are my child. I feel light," the Sadak 2 director further messaged Rhea. Chakraborty then replied, "Aaah no words sir. The best emotions I feel I feel for you" to which Bhatt replied "Thank you for being so brave (sic)."

Rhea also stated in the conversation, "You've again unclipped my wings, twice in one life is almost God like (sic)." She also shared rainbow and dancing girl emojis to demonstrate her joy. 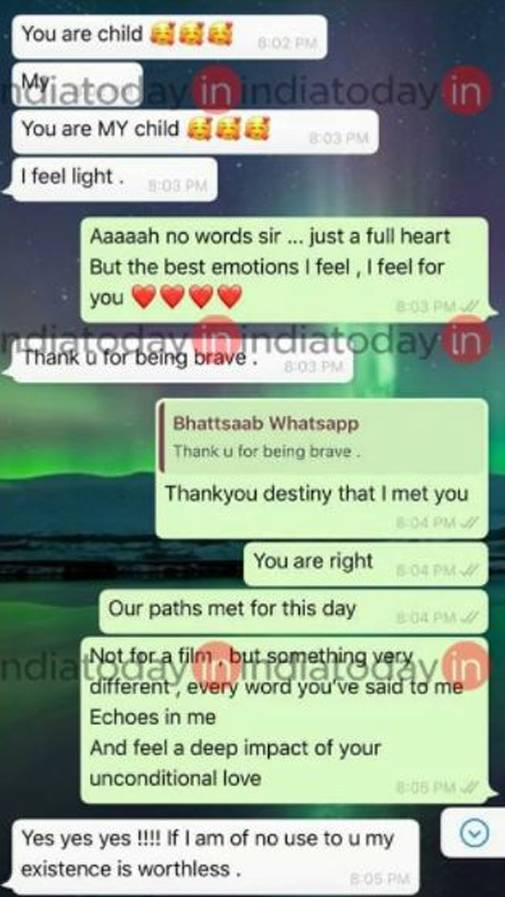 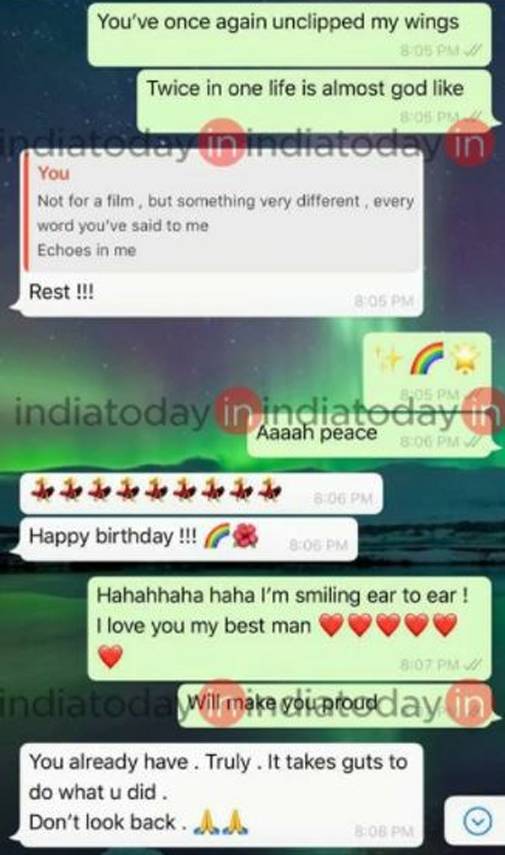 This chat between Mahesh Bhatt and Rhea Chakraborty took place on June 8, the day she left Sushant's house

Not only this, Rhea had also talked about Sushant's illness and how she was on the receiving end, in conversation with some other people. The CBI team probing the case against the Jalebi actress along with several sections of IPC along with abetment to suicide will primarily pay attention to what happened between Sushant and Rhea on June 8.

Coronavirus vaccine: Army, frontline workers may get it first; COVAXIN to be ready by year end