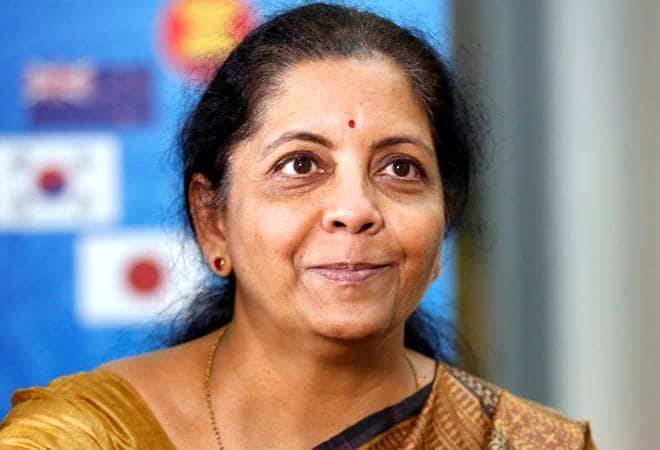 Finance Minister Nirmala Sitharaman on Saturday said the NBFC crisis seems to have bottomed out and the government along with the RBI will closely monitor the situation to ensure that the sector comes out of the wood.

Sitharaman in her Budget on Friday announced a series of steps to give relief to non-banking financial companies facing cash crunch following the collapse of IL&FS last year.

"Largely it (NBFC crisis) has reached a peak in terms of challenges that they are facing. The problem probably is not over yet but it can only plateau rather than worsen ... the deteriorating situation is reached its bottom ... now it has bottomed out," she said.

Observing that the comprehensive solutions in the Budget have been announced, the Finance Minister said, "We shall be closely monitoring with RBI to see how it's moving. So strictly speaking, I feel the NBFC issue has been addressed."

In a bid to address the stress in the sector, the government proposed that public sector banks would purchase high-rated pooled assets of financially sound NBFCs, amounting to a total of Rs 1 lakh crore during the current financial year.

For this, the government will provide one time six months' partial credit guarantee to PSBs for first loss of up to 10 per cent.

Among others, Sitharaman had said the government will allow NBFCs to raise funds in public issues, and the requirement of creating a debenture redemption reserve (DRR), which is currently applicable for only public issues as private placements are exempt, will be done away with.

As of now, NBFCs that do public placement of debt have to maintain a DRR and in addition, a special reserve as required by the RBI has also to be maintained.

In a bid to improve regulatory oversight, the government also proposed to bring housing finance companies under the RBI from the fold of National Housing Bank.

Sitharaman further said that these steps are aimed at improving the condition of the NBFC sector as a whole.

With regard to the reaction of the market on raising minimum public float to 35 per cent from existing 25 per cent, the finance minister said, "I am yet to hear response Parliament debating about it."

On the issue of bringing down government stake to below 51 per cent in PSUs, Sitharaman said the move will help increase retail participation and deepen the market.

It will be designed in such a fashion that government directly or indirectly through its state-owned entities will hold 51 per cent stake and the public characteristic is maintained, she said.

The government has decided to modify the present policy of retaining 51 per cent, she said, adding that the government's 51 per cent shareholding would include stakes held by state-owned institutions.

"So we are saying to that extent 10 (total 51 per cent government and government-run institutions together) the extra that is there can be released for employees, retail who want to possess by which the government control is not being diluted below 51 per cent," she added.

Has Union Budget 2019 laid the foundation for New India?