Sources said the ICMR's initial orders for 5 lakh kits included the Chinese firm Wondfo, which has the NMPA clearance. Nevertheless the firm did not honour its commitment 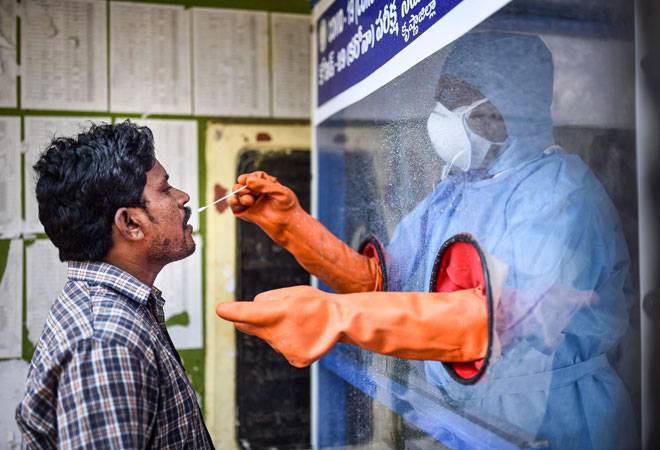 India's plans of mass screening of COVID-19 infected patients will get further delayed as China has made it mandatory to get a clearance from the National Medical Product Administration (NMPA) before exporting testing kits to other countries.

So far only half a dozen manufacturers in China have the NMPA clearance (of which two are yet to start exports). They are forced or are willingly diverting orders from countries like India to other countries such as the US or other nations ravaged by the virus in the EU, reliable industry sources told Business Today.

Prior to this, China had about 20 manufacturers making rapid testing kits for COVID-19, source informed, as the country had quickly created sizable testing capacity following the coronavirus outbreak in Wuhan. The pandemic is now under control in the province.

Sources said these companies offer the rapid test kits at $6-10 per kit. NMPA mandated the new rule after some countries questioned the quality of the products and sent back the consignments.

They said many Indian states and companies are planning to make rapid test kits and India's premier medical institution and nodal agency Indian Council of Medical Research (ICMR) had placed orders from these companies. Therefore, India has not been able to start rapid covid testing so far, which was expected to begin last week.

"We had ordered 5 lakh rapid testing kits and that was supposed to deliver last week. Unfortunately, that did not happen and now we expect the delivery to happen this week," said an ICMR official spokesperson.

Sources said the ICMR's initial orders for 5 lakh kits included the Chinese firm Wondfo, which has the NMPA clearance. Nevertheless the firm did not honour its commitment. Wongfo's kits were also validated and approved by the National Institute of Virology (NIV) in Pune.

Sources said the Chinese move has also derailed plans of many domestic and overseas companies to import and supply COVID-19 rapid testing kits. The rapid testing kits approved by the ICMR so far include Mylan, BioMedomics, Zhuhai Livzon Diagnostics, Voxtur Bio, VANGUARD Diagnostics, HLL Lifecare, CPC Diagnostics and LAB-CARE Diagnostics. Indian companies Voxtur, Vanguard and HLL and Trivitron Healthcare are planning to make testing kits domestically. Now the domestic manufacturers say it will take two-three weeks for them to come out with 'Made in India' rapid kits for testing.

"We had also placed orders for testing kits from our supplier in China and currently they are facing delays to execute orders. I hope to get them by this week or next," said GSK Velu, chairman and managing director of Trivitron.

He said another issue is developing the re-combinent protein to use in the domestically manufactured rapid testing kits. Trivitron is trying to develop these proteins inhouse and start manufacturing within two weeks, said Velu.

Meanwhile, yesterday ICMR publicised bids inviting supply of  COVID-19 rapid diagnostic kits to carry out 45 lakh tests, viral transmission media for 52.25 lakh tests, Real Time PCR combo kits to conduct 25 lakh tests and RNA extraction kits for 30 lakh tests, with a view to get the supplies completed by May first week. The ICMR tender published yesterday says for those proposed to be imported from China, NMPA China approval is mandatory. Compliance to any other conditions imposed by the "source country" will remain the responsibility of the bidder and ICMR will remain indemnified from any liabilities on such account. The quotes should reach ICMR by 2:30 pm, April 14, 2020.  The supplies are meant to augment India's testing capacity from May 1 or before.

The ICMR spokesperson said there are many USFDA and EU's CE-IVD approved manufacturers of rapid testing kits in China, besides in countries such as Hong Kong and South Korea.

Sources said some of the states were also trying to arrange rapid testing kits on their own. Tamil Nadu Chief Secretary K Shanmugam, while addressing the media on Saturday, had said that the state had ordered  at least 50,000 kits in the first consignment and then deliver 50,000 more in the next consignment, but none have come yet, as the rapid test kits ordered by India have been diverted to the United States from China.

The Centre had plans of starting rapid antibody testing on April 4, and revised the testing guidelines on April 9 to include rapid testing of all symptomatic individuals in hotspot areas.