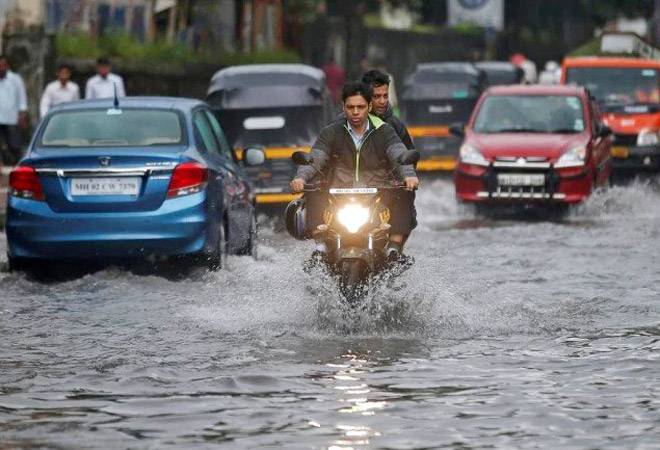 Mumbai heavy rains:Heavy rainfall in Mumbai has once again brought life to a standstill in the city and its suburbs. The Indian Meteorological Department (IMD) Thursday forecastheavy spells of rain in Mumbai and its adjoining areas. "India Meteorological Department, Mumbai: Intense spells of rain very likely to occur in Mumbai, Thane, Raigad, Palghar, Ratnagiri and Nashik in the next 4 hours," IMD tweeted.

The IMD had Wednesday forecast more rains for the next two days. "A system of clouds is moving towards Mumbai from the Arabian Sea. The low-pressure area that is developing will bring more showers to the Mumbai region in next 48 hours," an IMD official said.

According to Skymet Weather, between 2:30 am and 5:30 am on Wednesday, Mumbai recorded 51 mm rainfall. The visibility at Mumbai airport dropped to 300 meters due to the rain. Central Railway said suburban railway services were running on time on all four corridors. However, a mainline between Sion and Kurla saw  10-15 minutes delay around 8 a.m in the morning after the Sion station in North Mumbai was submerged due to waterlogging.

Road transport services were also affected by the continuous rainfall in the city. Some of the buses of  Brihanmumbai Electric Supply and Transport (BEST) were diverted due to water-logging. According to news agency ANI, three cars collided in Andheri today due to low visibility. Eight people in the accident have got injured, no casualties reported.