Pulwama Terror Attack: "We have a 72-year history. The partition happened in 1947 and Pakistan was liberated. India still hasn't been able to accept that," said Ghafoor while addressing a press conference at General Headquarters in Rawalpindi. 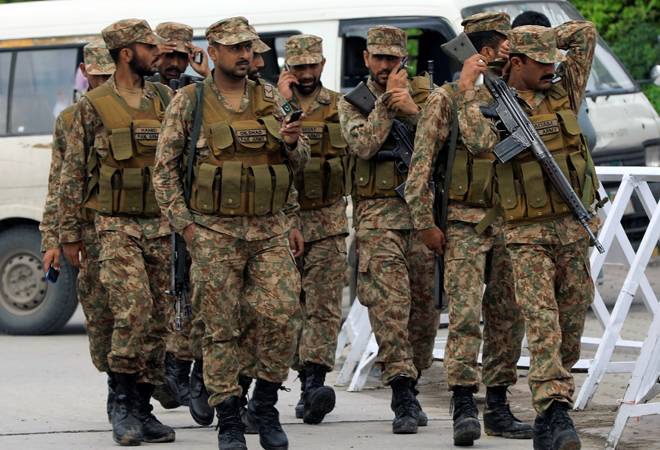 In wake of rising tension on the border after Pulwama attack, the Pakistan's Director General Inter-Services Public Relations (ISPR) Major General Asif Ghafoor on Friday said that India started raining accusations on Pakistan without thinking and without any evidence, reported Dawn.

Addressing a press conference at General Headquarters Rawalpindi, Ghafoor said, "There were lots of issues that I wanted to talk about today. But due to the situation after Pulwama, I will [only] be talking about that today."

Pakistan army held this press conference in order to clarify their stand amid rising tension on the border after Pulwama Attack that left 40 CRPF jawans dead.

"We have a 72-year history. The partition happened in 1947 and Pakistan was liberated. India still hasn't been able to accept that," Dawn quoted Ghafoor as saying.

"Right after the attack, India started raining accusations on Pakistan without thinking and without any evidence. Pakistan has, this time, taken time to respond because of the accusations levelled," Major said.

Denying any role in the Kashmir attack, Ghafoor reportedly said, "Now look at Pulwama carefully. How can it be that any person from Pakistan can cross the LoC and go into an area where security forces' population is greater than the local population?"

The attack happened miles away from the border, the explosives were local, the car used was local and the attack too was carried out by a local Kashmiri youth, he said, reported Dawn.

In his first reaction after the ghastly Pulwama terror attack, Pakistan Prime Minister Imran Khan had denied his country's involvement in the February 14 terrorist attack that left 40 CRPF jawans dead. He even asked India to introspect and stop pointing fingers on Pakistan. Imran Khan said India had been targeting Pakistan without a shred of evidence. He also asked why Pakistan would attack India at a time when it was going forward on the path of development.

Earlier today, Pakistan escaped from getting blacklisted by the anti-terror finance watchdog, Financial Action Task Force (FATF), on account of Pakistani agencies' links with the terror outfit Jaish-e-Mohammad (JeM), which was behind the Pulwama attack.

FATF decided to keep Pakistan on its grey list at the end of its week-long plenary meeting in Paris. The placement on the 'black list' could have hurt Pakistan's economy as well as its international standing. India had lobbied hard to get the global financial body to blacklist Pakistan for non-compliance in curbing terror financing. India had prepared a dossier for the watchdog nailing the culpability of Pakistan in the Pulwama terror strike, the worst such attack in J&K in decades.