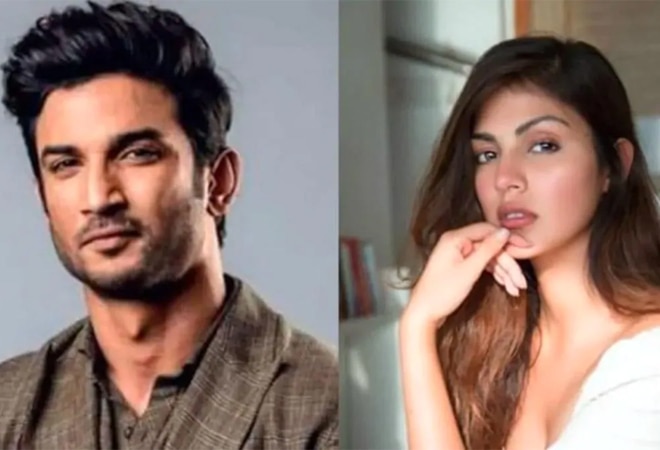 She was also at third spot in the overall list of personalities searched in 2020. Yahoo's 2020 Year in Review (YIR) for India lists the year's top newsmakers as well as events basis daily search habits of users.

Sushant dethroned Prime Minister Narendra Modi to emerge as the country's 'Most Searched Personality'. PM Modi stood at second spot, followed by Rhea. This is the first time since 2017 that Prime Minister Modi has not topped the list.

Actor Rhea Chakraborty stood at the top spot in the list of most searched female personalities in India, while Kangana Ranaut was at the second position, followed by Deepika Padukone (3rd position), Sunny Leone (4th position), Priyanka Chopra (5th position).

Kartina Kaif claimed the 6th spot, singer Neha Kakkar, who recently tied the knot with Rohanpreet Singh, stood at 7th position, singer Kanika Kapoor, who made headlines after testing COVID-19 positive in the initial days of the pandemic, was at 8th position, Kareena Kapoor at 9th spot, and Sara Ali Khan at 10th position.

Although Prime Minister Modi has been replaced by Sushant Singh Rajput from the top spot of 'Most Searched Personality' of 2020, he stayed at number one position in 'Top Newsmakers of 2020' category.

Sushant and Rhea jointly claimed second position, while Rahul Gandhi stood at number three position. Anushka Sharma and Virat Kohli emerged on the top spot of celebrities with babies and pregnancy announcements in 2020 category, followed by Kareena Kapoor and Saif Ali Khan, who are ready to welcome their second child this year. Shilpa Shetty and Raj Kundra grabbed the third position on the list as they welcomed their daughter Samish this year.

Actor Sonu Sood also found a special mention in the Yahoo's YIR list as he was picked as 'Hero of the Year' for his endeavours to help migrant workers reach home during lockdown amid the coronavirus pandemic.