While big banks like SBI, and others are offering interest rate ranging from 6-7 per cent on FDs, it is the small banks who are offering more. Check them out here.

With the rise in repo rates, interest rates are also on an upward trajectory.

For risk-free investors, this is the best time to park their money in fixed deposits. Reason: With the rise in repo rates -- essentially the rate at which banks borrow from the Reserve Bank of India (RBI) -- interest rates are also on an upward trajectory. 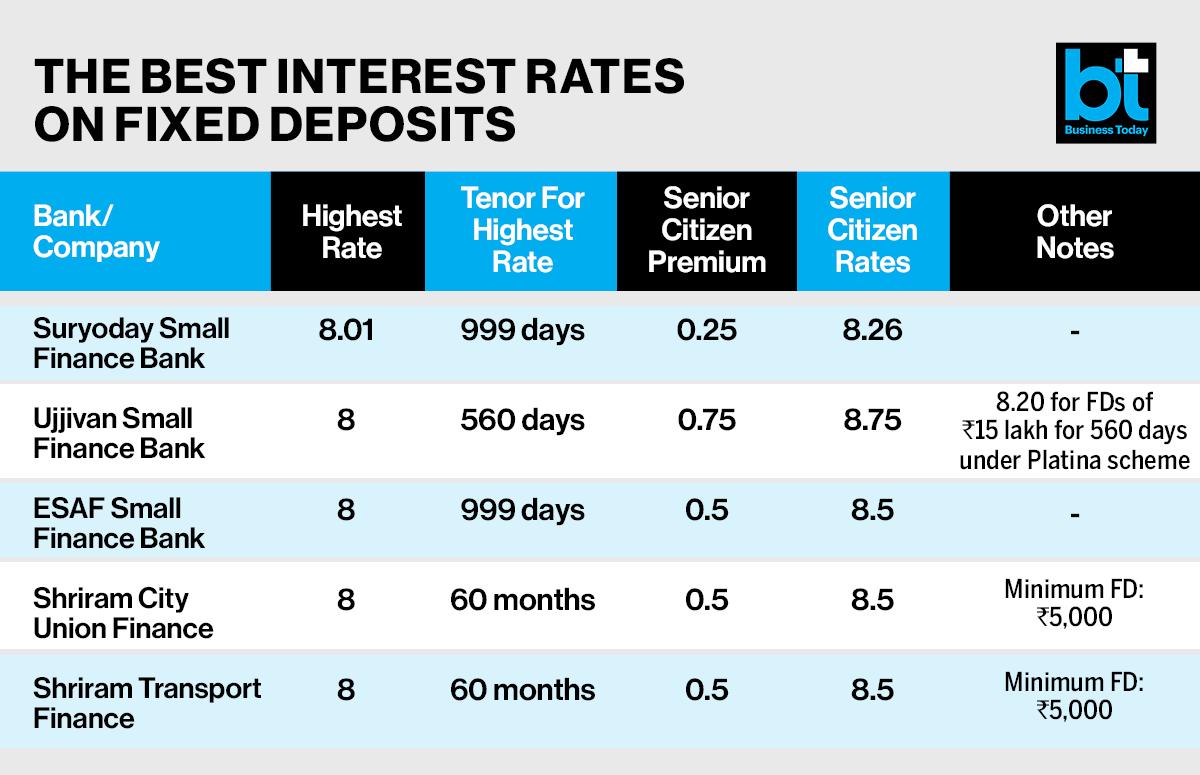 Though fixed deposit rates have risen recently, it has always been a matter of debate on whether bank deposits are still the preferred choice of instrument for financial savings. According to research reports by Bank of Baroda, with a changing financial landscape, volatility in the interest rate regime and increasing risk-taking appetite, there tends to be a change in the pattern of deployment of financial savings. RBI’s recent report on the financial assets of households shows that there has been a shift in the pattern where mutual funds and equity witnessed a sharp increase in FY22 with shares of 6.3 per cent and 1.9 per cent in overall financial assets respectively (the ratio was 2.6 per cent and 1.1 per cent in FY20), while the share of bank deposits declined to 25.5 per cent in FY22 from 34.4 per cent in FY20.

Similarly, banks continue to remain the preferred choice for consumers when compared with small saving schemes. However, small savings have the benefit of offering higher rates as these are adjusted only periodically and linked to market rates.