Asus ZenFone 8 Flip launch next week: Specs, features, India price, and everything we know so far

The launch of the Zenfone 8 series is around the corner. Ahead of the launch, the complete design and specs of this device have been leaked. So as to keep you updated, we have stacked up everything we know so far about the Asus Zenfone 8 Flip. The launch of the Asus Zenfone 8 series is just around the corner, with the launch date set for May 12. Asus has been continuously teasing design hints and key specs of the upcoming device to keep up the buzz ahead of the launch date.

We had previously found out that Zenfone 8 series may bring out three devices, namely Zenfone 8, Zenfone 8 Flip and Zenfone 8 Mini. Several leaks have also hinted towards the inclusion of Snapdragon 888 SoCs on all three devices.

Various speculations were being made about removing the flip camera from the Zenfone 8 lineup after Asus teased a couple of small clips featuring a punch-hole camera. However, that doesn't seem to be the case at least this year as 91mobiles exclusively reported about the Zenfone 8 Flip. The website released a few renders showcasing the Zenfone 8 Flip and Zenfone 8. We know that one of the three upcoming devices will feature a flip camera system similar to what we had seen in previous iterations. Not just this, specs of the upcoming Zenfone 8 Flip have also been leaked by a tipster. 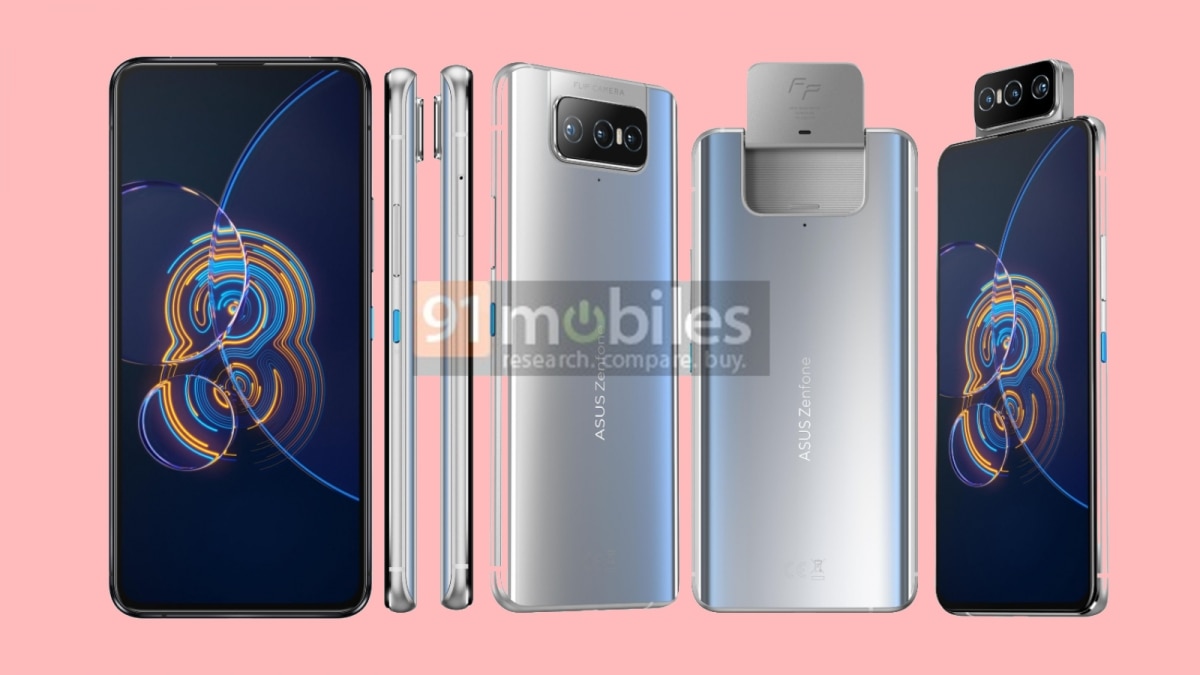 --From what we can see, the smartphone appears to follow a similar design language to the Zenfone 7 Pro. The motorised camera module still sports a triple camera module that flips over 180 degrees to act as the selfie camera. This mechanism allows for a complete full-screen display on the front. Asus is probably the only manufacturer to still rely on a Flip camera mechanism. Finally, the renders also showcase the Zenfone 8 flip in Black and Blue colour options.

--As far as the specs of the Zenfone 8 Flip are concerned, the smartphone is tipped to feature a 6.67 inch FHD+ AMOLED display with support for a 90Hz refresh rate. Previous leaks had hinted towards a 120Hz display, though. Leaks also say that the handset measures 165×77.3×9.5mm and weighs a hefty 230 grams. Additionally, the device should incorporate an in-display fingerprint scanner for authentication. 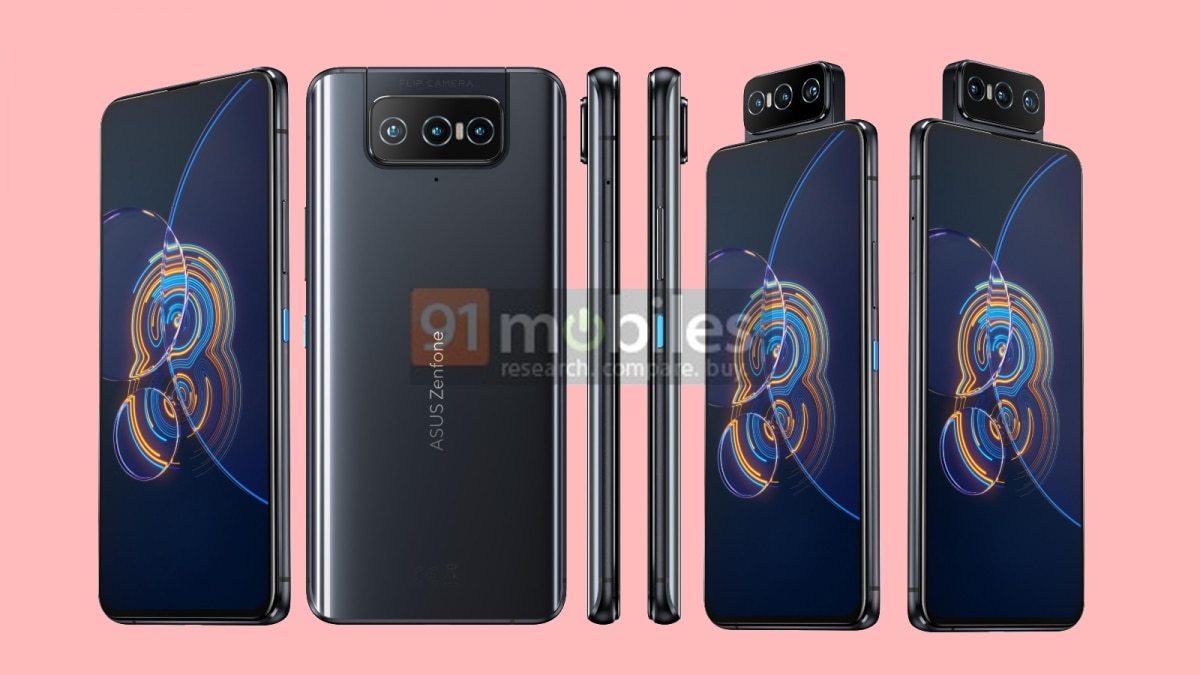 --As mentioned before, the Zenfone 8 Flip will be powered by Qualcomm's flagship Snapdragon 888 SoC. It is an octa-core chipset based on a 5nm manufacturing process and clocked at 2.8GHz. This is further coupled with 8GB of RAM and up to 256GB of onboard storage.

--In the camera department, the smartphone will sport a 64-megapixel primary sensor, an 8-megapixel telephoto lens and another 12-megapixel macro lens. This camera may be capable of recording 8K video, some leaks suggest.

Asus has already revealed the launch date of the Zenfone 8 series. Through which we know that the Asus Zenfone 8 Flip will be launched on May 12. Currently, there's no word on its availability in India. We will keep you posted if there's any information around the same.

Unlike the launch date, we do not have any information about the pricing of the Asus Zenfone 8 Flip. However, keeping the previous pricing trends in mind, we expect it to be priced somewhere around Rs 70,000.

Battlegrounds Mobile India will need you to get permission from your parents to play if you are under 18
Twitter accidentally restricts account of user asking for COVID-19 related help
Mi 11 Ultra review: Delivers on promise, almost