At the beginning of the year, Dogecoin had a low value. It was less than a cent but over the past few months, Dogecoin witnessed an upward trend. 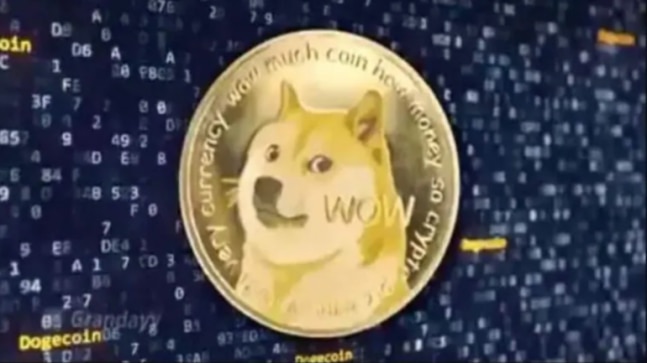 Dogecoin could soon outshine Bitcoin. What started as a mere joke is at its highest value ever. As per Coinbase, which keeps a track of the cryptocurrency market, Dogecoin showed a 112.89 percent growth. The value of the cryptocurrency increased by almost 30 cents. This comes days after Elon Musk shared a meme on dogecoin cryptocurrency. On April 14, the market Dogecoin's value was almost 12 cents.

At the beginning of the year, Dogecoin had a low value. It was less than a cent but over the past few months, Dogecoin witnessed an upward trend. But in April, the value of Dogecoin doubled within two weeks and Tesla honcho Elon Musk may have a huge role to play in it.

On April 15, Musk shared a painting of a dog barking at the moon by Spanish painter and sculptor Joan Miró. He captioned the picture, "Doge Barking at the Moon". "To the moon" is the phrase that is often used when cryptocurrencies witness growth in growth. Through this tweet, Musk hinted at the sudden surge in the value of dogecoins. The tweet received over 51,000 retweets, over 30,000 likes and more than 20,000 comments. Soon after Musk's tweet went viral, Dogecoin witnessed an all-time high.

Dogecoin was conceived by two software engineers Billy Markus and Jackson Palmer. They developed Dogecoin as an instant cryptocurrency in December 2013. It, however, rose to success after it was highlighted by the Reddit users. Just like Bitcoin, Dogecoin is also a digital currency that is used for electronic transactions. The e-currency carries the picture of a dog Shiba Inu on it.

Turkey's central bank alleged crypto assets were "neither subject to any regulation and supervision mechanisms nor a central regulatory authority."

"Payment service providers will not be able to develop business models in a way that crypto assets are used directly or indirectly in the provision of payment services and electronic money issuance" the statement further reads.