Xiaomi launched a new phone, Mi 5X that falls in the midrange segment but still features a dual-lens camera. Other than the additional camera module, the device comes with specifications similar to Redmi Note 4. 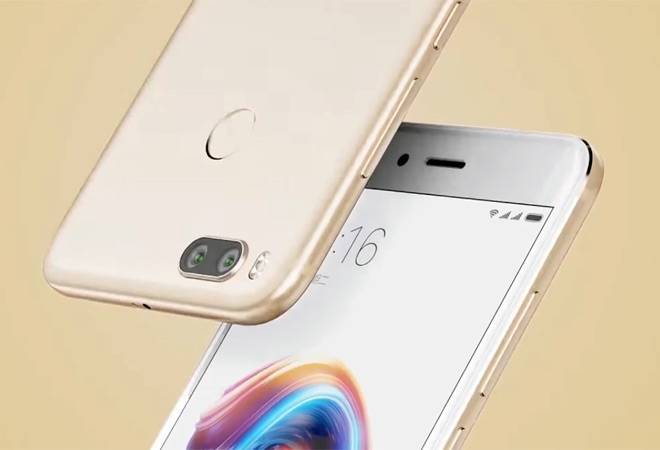 Xiaomi launched a new phone, Mi 5X that falls in the midrange segment but still features a dual-lens camera. Other than the additional camera module, the device comes with specifications similar to Redmi Note 4.

The device sports a unibody design similar to the newly launched Mi Max 2 and also takes design cues from the antenna lines being pushed to the edges.

The device is powered by an octacore Snapdragon 625 chipset which can also be found on the Redmi Note 4 and Mi Max 2. The device will come with a combination of 4GB RAM and 64GB ROM.

The company has opened registrations for the device even before its official launch. The device has already been registered by 8 lakh customers in China. Xiaomi Mi 5X will go on sale on August 1.

Xiaomi Mi 5X comes with a 5.5 inch FullHD screen and has a finger print sensor on the back of the phone. Above the fingerprint sensor, the device features two camera modules setup horizontally. According to the company the camera is the same as Xiaomi Mi6. The camera comprises one 12 megapixel wide angle camera with a 1.25 micron pixel size and another module with a 12 megapixel telephoto lens with 1micron pixel size and an f/2.6 aperture.

In terms of software, the device will be launched with Xiaomi's MIUI 9 which will be based on Android Nougat 7.0. For connectivity, the buyer will get dual-SIM capability dual-band Wi-Fi 802.11ac, GPS/ A-GPS, USB Type-C port, and 3.5mm headphone jack.

The Mi 5X will emphasize on audio quality as the user will get a standalone audio amplifier for improved quality via headphones which will be supported by DHS Audio Calibration Algorithm. In terms of battery, Xiaomi has decided to underplay with a 3080 mAh unit, breaking away from the tradition of phones will massive batteries.