LG will demo its vision of what transparent screens will look like and how they will make invisible TVs. 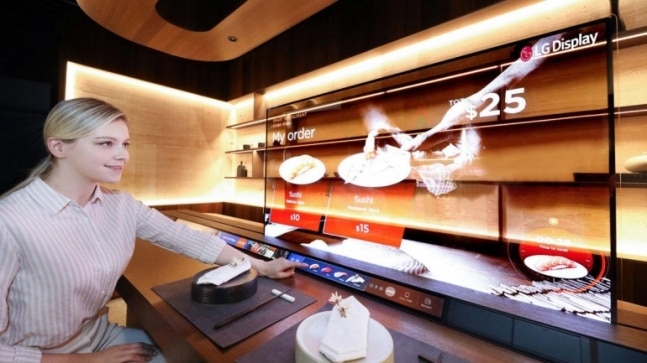 LG is moving ahead with its ambitious plan to make TVs invisible. The display arm of the company, LG Display is keen on making invisible televisions using transparent OLED displays, which it will showcase at the upcoming virtual congregation called Consumer Electronics Show (CES) in 2021. The company has unveiled a "smart bed" that uses a TV entertainment system comprising a 55-inch transparent screen as a TV that becomes invisible when not turned on.

The LG "smart bed" will have the transparent OLED display on the foot, which will rise from inside the bed at a click of a button. This module can even be repositioned according to user preference. There will be no backlighting since this is a transparent screen, and for the audio, there is Cinematic Sound OLED (CSO) that the screen will belt out without needing separate speakers. Apart from serving as a TV screen, this 55-inch model, however, will have more purposes, according to LG Display.

LG wants to use this 55-inch OLED screen in restaurants (of course when the pandemic situation improves) wherein customers will be able to watch TV while their order is being prepared. Think of it like a system where orders are placed and while customers wait programmes are displayed and when the order is ready, some ticker or snipper might appear on the same screen to inform them. This OLED screen might also be useful for subway trains where passengers can check the route map or arrivals and departures while looking at what is outside.

According to the company, the 55-inch OLED screen will employ a 40 per cent transparency level which it says is quite higher than the 10 per cent for LCDs. This would mean that this screen can be used in cars as a windshield or a window replacement in smart homes. "With its superior transparency, Transparent OLED can be used in various fields such as smart homes, smart buildings, and mobility, including autonomous vehicles, aircraft, and subways," said LG. However, its implementation in different scenarios can be tricky and might need time and precision. 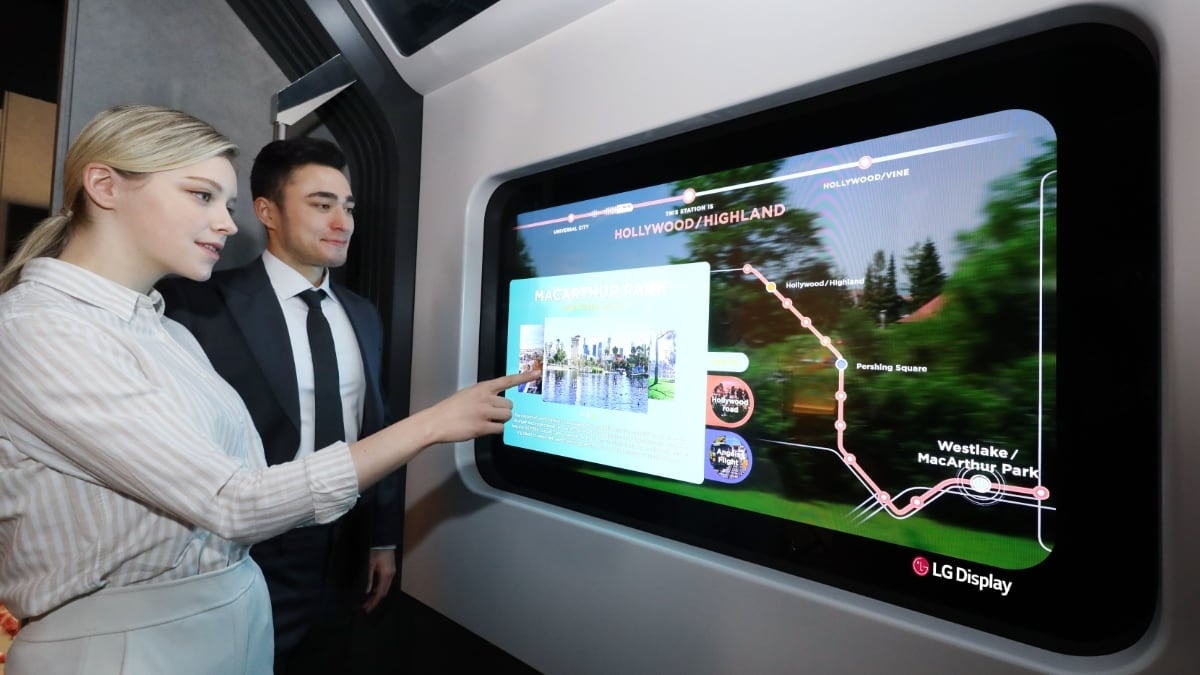 If you think this transparent OLED panel is going to be in smartphones soon, I hate to tell you to stop being too hopeful. Putting invisible screens in smartphones is a lot difficult and almost impractical. There are hundreds of components inside a smartphone, all of which will need to be hidden for the transparency to work. Although, we have one such device that sort of aligns to the concept of transparency, the Sony Xperia PureNess that was launched in 2009. For everything else that is the current norm of the industry, transparent OLED smartphones seem far-fetched.

"Transparent OLED is a technology that maximizes the advantages of OLED and can be used in various places in our daily lives, from stores, shopping malls, and architectural interiors to autonomous vehicles, subway trains, and aircraft," said Jong-sun Park, Senior Vice President & Head of the Commercial Business Unit at LG Display. He added, "It will grow into a next-generation display that can change the existing display paradigm."

Separately, LG is also debuting its new QNED TV range at the CES 2021. The new QNED range will have a maximum size of 86 inches and will use the Mini LED technology. Mini LED is a new technology that uses tiny LED lights that allows for better brightness control. This allows for better contrast levels and less intense halo effects on the screen, unlike the traditional LED technology. LG has claimed that its premium 8K and 4K televisions will use the Mini LED technology. According to the company, the new backlighting system contains over 30,000 tiny LED elements that can produce a contrast ratio of 1,000,000:1 along with 2,500 local dimming zones.

iQOO 7 with Snapdragon 888 gets benchmarked on AnTuTu, key specs and features leaked