This new patent shows Oppo is open to any approach that begs to define smartphones differently from what conventions do. 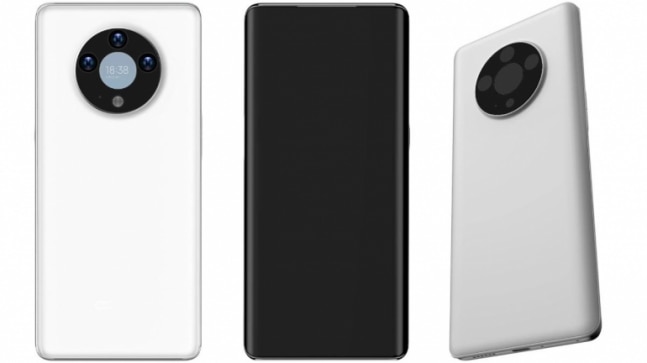 Oppo is famous for its unique takes on how a smartphone should look. It has never shied from experimenting, be it the shark fin camera module or the latest X 2021 rollable phone. Now, Oppo seems to have another idea for a smartphone. In its latest patent, Oppo has showed off a new design where the phone has a secondary display enclosed with cameras all around. This interestingly makes the camera design a little fuller and more appealing than what we have seen on circular camera modules on a good deal of phones. And more importantly, this display is intended to help you taking selfies, which is probably why the phone design does not seem to have a front camera.

In the patent filed by Oppo with CNIPA, short for China National Intellectual Property Administration, on February 19, the design comes across as just another approach to remove the selfie camera from the front of the phone and fit it somewhere else. In the past, we have seen several such workarounds, such as the flip camera on the Asus Zenfone 7, or the pop-up camera on a range of phones, or the Vivo Nex phones that never got rid of the tag of being novel, and were eventually discontinued yet offered an interesting take on a phone. Oppo seems to have taken the cue from the Vivo Nex for this new design, only it is a lot less loud and less weird from that phone.

The phone design has a circular layout for the screen while at least three cameras are located around it on three directions. The fourth direction is where the LED flash module seems to be available. On the front, there is a full-screen display without any cutouts or notches for the selfie camera. The display on the back interestingly is shown to tell the time among other things, but what makes it a questionable approach is how it is supposed to take selfies. In the case of Vivo Nex, there is a reasonably big display -- although smaller than the main one on the front -- on the back of the phone that is meant to be used as a viewfinder when you want to take selfies in the absence of front cameras. But on this Oppo phone, the display is quite small. I doubt it will be able to show the user what they are looking like properly while taking selfies.

Some other purposes of this display could be showing alerts received on the phone, fitness data, and even quick settings in case it is interactive. The display could also be used as an optical (or ultrasonic) fingerprint sensor to give the feel of a physical one, which I think are the best in the category. But, sadly, Oppo has not provided the patent document with images showing these implementations, which is why it is quite unclear what exactly this display is purposed for. The rest of the design of this phone includes a USB-C port, a SIM card tray, speakers, a main microphone at the bottom, a secondary microphone on the top.

For now, it is unclear if this patent will materialise into something because filing a patent does not necessarily mean the company will go ahead with the idea. There are several factors to consider before a product is finalised to be launched into the market, including the perfect implementation that will not hinder the very purpose of being a phone after all.

After a brief break, Elon Musk is again pushing Doge cryptocurrency on Twitter