YouTube Music will now show a grid view for artist profiles if they have enough singles and albums. It is a server-side rollout and now available on Android, iOS, and Web. 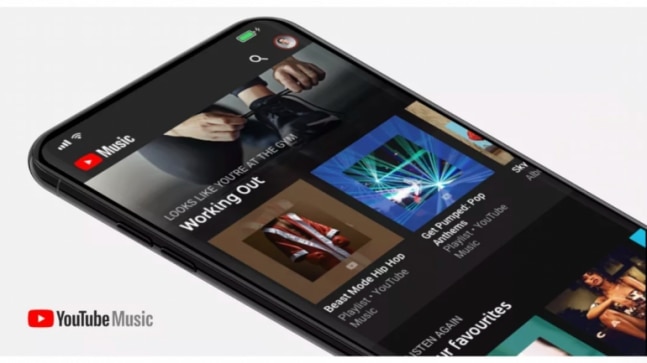 YouTube Music app is rolling out a grid view for Albums and Singles on Android, iOS, and Web. YouTube Music will now show a grid view for artist profiles if they have enough singles and albums. Until now, YouTube Music showed a "See all" button instead of making users scroll through carousels on the artist page. This was previously opened as a standard list view.

A 9to5 Google report noted that the grid view is reminiscent of the now-defunct Play Music. However, it has the benefit of showing larger album art but at the expense of information density on mobile as the grid size remains the same. Mobile users will get the option to switch between the grid view and the list view and can choose the latter to see more information on the screen.

According to the report, the tweak works better on the web app wherein the extra width of a desktop, laptop, or tablet's screen proves useful in showing more albums per page giving users a nice visual browsing experience as compared to phones which will only show six musical works at a time with the name of the EP/album listed below before the first scroll.

The update is a server-side switch and YouTube Music users will see the development when their app gets it. Google took down the Google Play Music app last year. Google had then noted that once the Music Store is no longer available, users will continue to be able to upload any tracks purchased elsewhere to YouTube Music.

In related news, YouTube.com can now be installed as a Progressive Web App (PWA) as some users are beginning to spot a plus-in-a-circle icon appearing directly in the Omnibox or the web address bar. Users are getting the prompt to "Install app." This is different from the browser's manual overflow menu 'Install' button, which was available for users for quite some time. After users select this option, they see a large red play logo in the app launcher to open YouTube in a window that does not have the address bar and other UI elements, helping users get a more dedicated experience. YouTube Music and Google News were already present as Progressive Webs Apps, While YouTube Music PWA came back in October 2019, YouTube TV PWA came earlier this month.