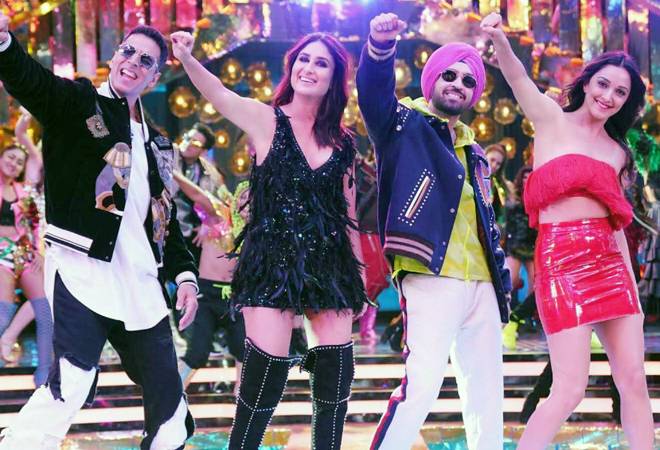 Good Newwz Box Office Collection Day 1: Akshay Kumar's new film Good Newwz, which was released on Friday, has got a flying start at the box office, thanks to decent reviews and a positive word of mouth. Apart from Akshay Kumar, Good Newwz stars Diljit Dosanjh, Kareena Kapoor and Kiara Advani in prominent roles. As per initial estimates, the film has managed to pose a challenge to Salman Khan's Dabangg 3 (released last Friday) by raking in around Rs 18 crore on its first day alone.

Good Newwz has done really well across the northern circuit, with Delhi, UP, Punjab posting a record collection. As per Box Office India, Good Newwz's has seen better opening day collection than Akshay Kumar's Diwali release Housefull 4. Good Newwz was released across 3,100 screens in India and 700 screens across overseas.

Also read: Good Newwz Box Office Collection Prediction: Akshay Kumar set to have another big hit to his name in 2019

Film trade analyst Sumit Kadel has predicted that Good Newwz could make a lifetime collection of around Rs 160-200 crore. This film faces tough competition from Dabanng 3, but the Salman Khan film has not yet raked in the expected numbers owing to protests against the Citizenship Amendment Act (CAA). Trade analyst Taran Adarsh has termed Good Newwz a "sure-fire hit" film, which is full of "smart writing, fantastic humour and heartfelt emotions". He said in his tweet that the year 2019 will "conclude with a big winner with Good Newwz."

Good Newwz's trailer garnered a lot of attention due to its humorous punch lines. What excited the fans is the chemistry between Akshay Kumar and Kareena Kapoor Khan and also, the impeccable comedic timing that is shown by the famous singer and actor Diljit Dosanjh in the trailer. The concept of the film is very new and fresh as the movie talks about IVF (in-vitro fertilisation) without making it preachy.