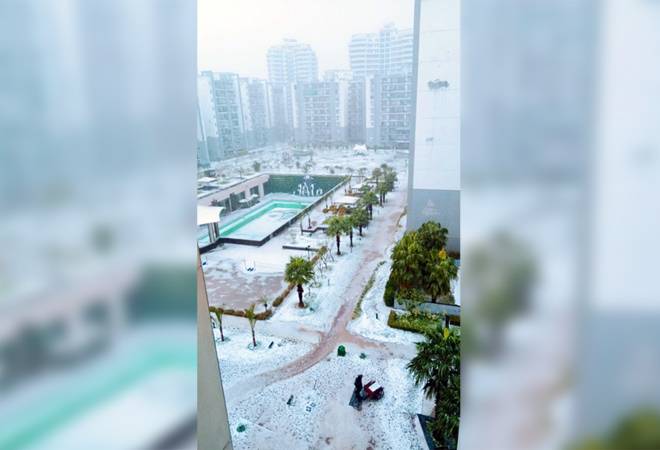 Heavy rains and hailstorm lashed several parts of the Delhi NCR on Thursday evening, disrupting traffic on many stretches across the city.

Delhiites woke up to a cloudy morning which soon enveloped the city turning it dark while a light rain and high speed wind blew across the capital. 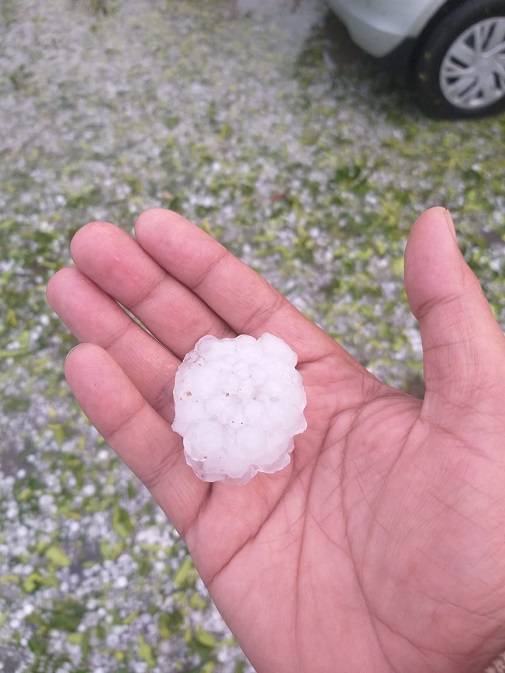 The heavy rains and hailstorm started in the evening, leading to slow movement of traffics in many parts of  Delhi, Noida and Faridabad.

Fourteen domestic and four international flights were diverted from Delhi airport between 6 pm and 7 pm on Thursday due to bad weather, PTI quoted airport official as saying. 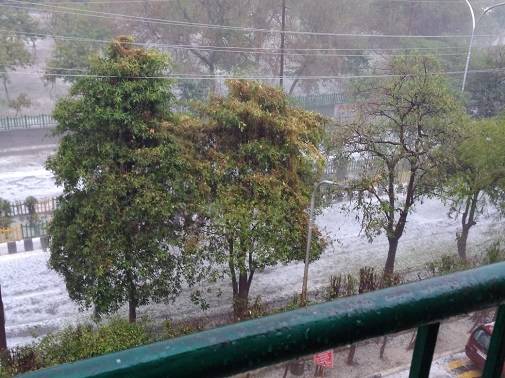 Though, the rain had little effect on the mercury with the temperature recorded at around 6 pm was 17 degrees Celsius, according to the weather officials.

In a much needed respite to Delhiites, the air quality improved to 'moderate' on Thursday, a significant improvement due to western disturbances, scattered rain and high wind speed, PTI quoted authorities as saying. 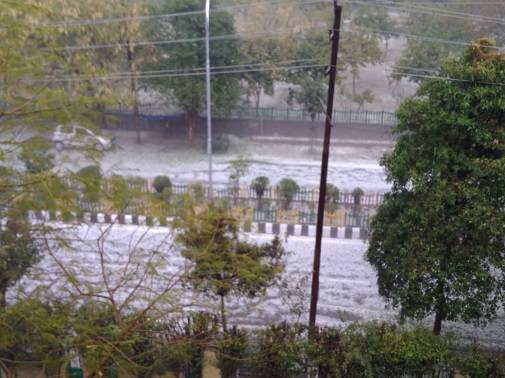 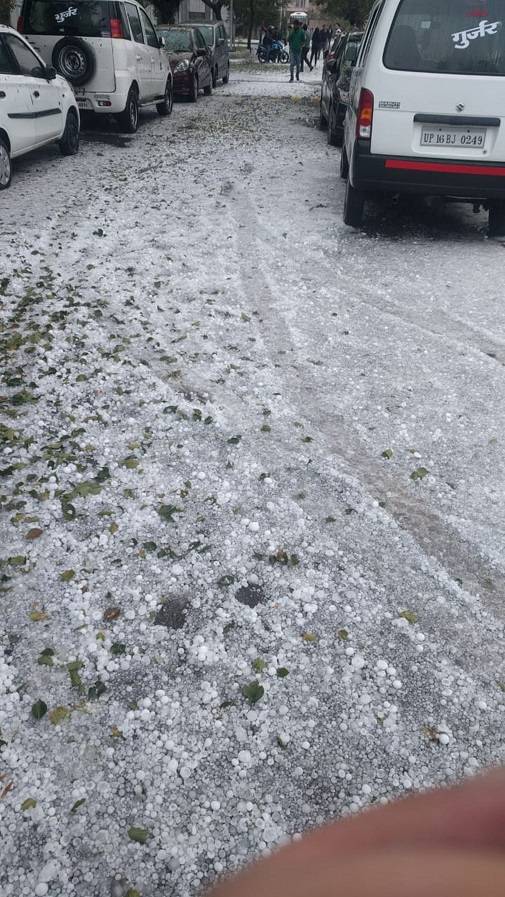