Sushant Singh Rajput death case: Akhtar's complaint filed against the Metropolitan Magistrate at Andheri, Mumbai states that the actress dragged his name unnecessarily in the case 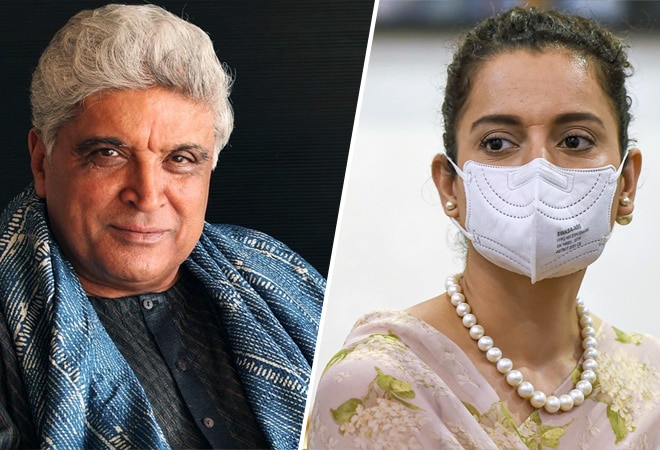 Lyricist Javed Akhtar has filed a criminal complaint against actress Kangana Ranaut for defamatory statements against him on various news channels. Akhtar alleges that Ranaut in an interview to a new channel caused harm to his reputation through her statements. He said that that video garnered lakhs of views on multiple online platforms.

Akhtar's complaint filed against the Metropolitan Magistrate at Andheri, Mumbai states that the actress dragged his name unnecessarily in the Sushant Singh Rajput death case. He has asked for proceedings against Ranaut on the basis of the video.

The veteran lyricist's complaint will be verified to the court. The verification is still pending. Akhtar's lawyer Niranjan Mundargi did not give out any more details of the complaint.

Javed Akhtar has asked for a defamation case to be registered against Ranaut under sections 499 and 500 of IPC. The first hearing is scheduled for December 3.

Kangana Ranaut is in her hometown in Himachal Pradesh and is busy with her cousin brother's wedding. The actress has been demanding justice for Sushant Singh Rajput has uploaded videos on social media as well as given interviews to multiple channels regarding the same. The actor was found dead at his Bandra home on June 14.

This is the latest in a series of different complaints against the actress. One Ali Kashif Khan Deshmukh recently approached the Bombay High Court against the Ranaut and her sister Rangoli Chandel for allegedly putting out statements against the Muslim community. Another individual, casting director Sahil Ashrafali Sayyed lodged a complaint against Kangana Ranaut and her sister for promoting enmity, and outraging religious sentiments. Additionally, a Karnataka court asked the police to file an FIR against the actress for allegedly tweeting against farmers protesting the recent farm laws.

Businesses that add value through innovation to continue to attract investors: Harsh Mariwala