Motorola Turbo is a flagship phone worth considering

Motorola Turbo looks, powerful hardware, a good camera and a superb battery. It stands tall against the flagships from Samsung, HTC and Sony. 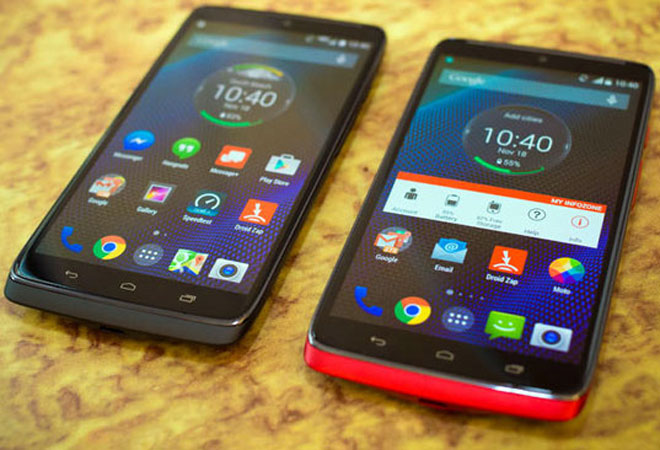 Motorola's Moto X was a superb device. It had almost everything I wished my smartphone had. But the Turbo is a step ahead.

It has looks, powerful hardware, a good camera and a superb battery. It stands tall against the flagships from Samsung, HTC and Sony.

Built and Design: The Turbo doesn't have an exceptionally innovative design. It looks like a regular candy bar smartphone with a huge display at the front and a camera at the rear. It has a 5.2inch display with 2560x1440 pixel resolution with the standard capacitive touch keys. The ballistic Nylon rear has a nice texture but is non-removable.

The SIM slot isn't visible on the edges as Motorola has smartly added the SIM tray under the volume key, which can be pulled out easily. While it is easy to access the SIM card, it also increases the chances of losing the volume buttons as well as the SIM and the SIM tray. There is a camera module with flash on both sides of the lens and a Motorola branding just below the lens. This phone doesn't belong to the feather-light category and weighs 169 grams. Most importantly, the Turbo has water-repellent nanocoating that makes it splash resistant.

UI, Software and Storage: The best part about Motorola smartphones is the plain vanilla Android UI and not custom software. This stands true for the Turbo as well, but it does appear to be slightly different as it has the latest Android Lollipop operating system onboard. There aren't many pre-loaded apps that clutter the phone. You have access to basic apps such as clock, message, etc; Google Apps and a few Motorola apps such as Alert, Connect and Moto. So, you are not stuck with unnecessary apps that you never wish to use. There isn't any dearth of storage either as it comes with 64GB onboard storage, of which more than 50GB is user accessible.

Performance: The Turbo lives up to its name as it is a real performer. Be it multi-tab browsing, streaming HD videos, playing heavy graphic games or switching between multiple apps running in the background, the Turbo refuses to slow down as it has a 2.7Ghz quad-core Snapdragon 805 processor and is paired with 3GB of RAM.

Camera: Another highlight of the Turbo is its 21 MP f/2.0 camera with dual LED flash. The UI of the camera app is neat and simple. Swiping from the left towards the right brings up the settings. Images can be captured in two resolution - Widescreen (15.5MP and 16:9 ratio) and Standard (21 MP and 4:3 ratio). The still images captured on the Turbo appeared to be good and offered natural colours.  The images had fine details and the camera performed well in low light, too. The Turbo can capture videos in HD, Full HD and 4k resolution.

Battery: With a massive 3900 mAh of battery, the Turbo can survive for two days on a single charge. Availability: Just like the other Motorola smartphones, even the Turbo is exclusively available on Flipkart. It is readily available and one does not need to register for flash sales.

Bag it or Junk it: A flagship smartphone for Rs 41,999. The Motorola Turbo is worth considering.