With more than 75 days have passed, the Union Health Ministry has swung into action wanting to implement the ban on the manufacture, sale, distribution and import of Electronic Nicotine Delivery Systems (ENDS) 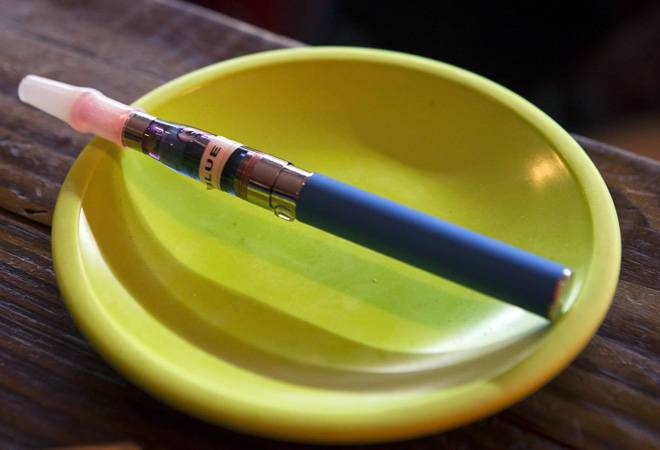 The government is mulling various options like bringing an ordinance to enforce a ban on the manufacture, sale and import of ENDS devices, including e-cigarettes if it fails to get a reprieve from the Delhi High Court, which had earlier stayed its order to ban such products, sources said.

Banning such alternative smoking devices like e-cigarettes, heat-not-burn devices, vape and e-nicotine flavoured hookah, among others is one of the priorities of the Health Ministry as part of the first 100 days agenda of the second term of the Modi government.

With more than 75 days have passed, the Union Health Ministry has swung into action wanting to implement the ban on the manufacture, sale, distribution and import of Electronic Nicotine Delivery Systems (ENDS).

"The ministry is exploring various options, including bringing an ordinance to enforce a ban on the manufacture, sale and import of ENDS devices," the sources said.

The ministry is also learnt to have sought a legal opinion over the issue. If the government bring an ordinance, it will have to replace it with a Bill in the next session of Parliament. Once Parliament approves the Bill, the proposed ban on such products will get legal backing.

The Central Drugs Standards Control Organisation (CDSCO) had written to all state drug controllers, saying they should not allow the sale, online sale, manufacture, distribution, trade, import or advertisement of ENDS.

A single-judge bench of the Delhi High Court, in March this year, had granted an interim stay on the Centre's circular banning sale and manufacture of ENDS, saying as the products were not "drugs", authorities did not have the jurisdiction to issue such a direction.

The Centre appealed against the order before a division bench of the high court, which dismissed the appeal against the interim stay. It further directed the government to approach the single judge bench with its plea, the sources said.

The government recently filed a counter-affidavit and an application for vacation of order before a single-judge bench of the high court, which is scheduled to hear the case on August 22, they said.

A high-decibel debate is on globally over harm-reduction aspects of ENDS, with some organisations claiming that these devices help in smoking cessation and are less harmful alternatives to traditional cigarettes, while the government is seeking to ban them contending that they pose health risks to users, similar to those caused by conventional cigarettes.

ENDS are devices that heat a solution to create an aerosol, which also frequently contains flavours, usually dissolved into propylene glycol and glycerin.

In June, the Drug Technical Advisory Board (DTAB), the government's top advisory body on technical matters related to medicines in the country, approved the Health Ministry's proposal of classifying ENDS devices, including e-cigarettes as "drugs" under the Drugs and Cosmetics Act.

The proposal stated that under the provisions of 'drugs' in the Act, any item intended to be used as an aid to help quit smoking is covered under the definition of drugs.

Apex research body - the Indian Council of Medical Research (ICMR) has recommended a "complete ban" on ENDS, saying their use can initiate nicotine addiction among non-smokers also.

In a white paper, the ICMR said e-cigarettes adversely affect the cardiovascular system, impairs respiratory immune cell function and airways in a way similar to cigarette smoking and is responsible for severe respiratory diseases.

More than 3,000 users of these devices recently wrote to the prime minister, requesting him to legalise ENDS claiming their health has improved significantly after they switched to vaping from smoking conventional cigarettes.

The voluntary association of Trade Representatives of ENDS in India (TRENDS), comprising importers, distributors, and marketers of such "alternative" smoking devices has also urged the government to initiate a consultative process so that opinion of all stakeholders can be heard and facts placed in the correct perspective.

Asserting that availability of ENDS devices is widespread in the country and is posing serious health risks, the Health Ministry said the safety aspect of these products has not been established and their efficacy on Indian population too has not been approved under the provisions of the drug law.

In August last year, the Union Health Ministry issued an advisory to all states and union territories to stop manufacture, sale and import of ENDS. The advisory was subsequently challenged in the Delhi High Court that ruled it to be non-binding on states and government bodies.

Some states, including Punjab, Karnataka, Kerala, Bihar, Uttar Pradesh, Himachal Pradesh, Tamil Nadu, Maharashtra, Jharkhand, Rajasthan and Mizoram have already banned the use and sale of e-cigarettes, vape and e-hookah.

The sale of e-cigarettes is completely banned in 25 countries, including Brazil, Norway and Singapore, while market authorisation is required in 17 other countries.

In the United States, ENDS, which is marketed for therapeutic purposes, is currently regulated by the USFDA and the Center for Drug Evaluation and Research, the ICMR white paper stated.

Also Read: Realty firm Parsvnath gets Rs 1,200 crore from RLDA; plans to use the amount to trim debt