CSR: Help others, not yourself

The new Companies Act lays down clearly what constitutes corporate social responsibility and what does not. But a few concerns remain. 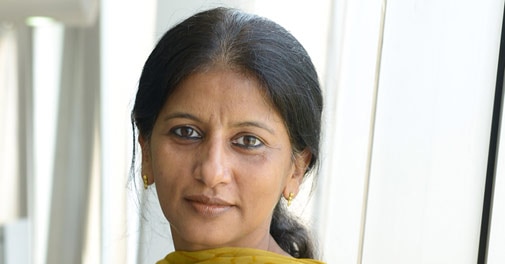 Hindustan Unilever (HUL) spends a lot of resources in rural India educating villagers about the need for good hygiene practices. Taken at face value, this is one of the projects that qualify as Corporate Social Responsibility (CSR) activity.

But the CSR rules of the Companies Act 2013 will not allow HUL to treat such community outreach activities as CSR. It will be treated as an activity undertaken in the normal course of business. That's because, HUL will derive direct benefit from this activity - demand for its toiletries and detergents will grow among the targeted communities. The Indian subsidiary of the Anglo-Dutch FMCG major will have to book all such expenses as business promotion expenditure.

Its Project Shakti, a programme that combines social responsibility, sustainability and business strategy, too will not qualify as a CSR activity, even in part, because CSR rules do not allow shared value propositions.

Like HUL, many India companies across industries have activities that combine sustainability with business strategy - and none of them can treat a part of the spending on such activities as CSR expense. Companies have another little bother to deal with - CSR activities carried out by a department within the company will not qualify as CSR activity under the Companies Act.

This is because the Rules accompanying the Companies Act, 2013 say that CSR activities must be undertaken by a separate entity - it could be trust, a society or another company set up specifically for the purpose. It is not necessary that these trusts, societies and companies should be set up by the company on its own - companies can work with an existing independent one that has a three-year track record for carrying out such activities. Companies can also collaborate with other companies for a joint CSR programme - provided each can identify and report separately their part of the joint activity and what was achieved.

Effectively, the new Act and its Rules make it necessary for companies to spin off CSR activities that are currently carried out internally into a separate entity registered as a trust or a society or a not for profit company.

What qualifies as CSR activity

The Companies Act lists out all 10 sets of activities that qualify as CSR activities. Most of the listed activities are not foreign to companies - much of their work in CSR is among the 10 specified. For instance, contribution to environmental sustainability is an activity many big Indian companies showcase. Others are known to work in the areas of education, particularly female literacy.

Besides these, projects identified in the Rules include eradicating hunger and poverty, promoting education and employment enhancing vocational skills, protection of national heritage, art and culture and contributing to the Prime Minister's National Relief Funds. Promoting gender equality, empowering women, rural development, funding or contributing to technology incubators within approved academic institutions and promoting all kinds of sports also qualify as CSR activity.

While this is a longer list than the one originally written into the Act that went through Parliament, companies need not limit themselves to the ones listed - though there is a little confusion on that due to the wording of the Act.

What is clearly not CSR

Any contribution directly or indirectly to political parties will not be counted as CSR expenditure - it will be treated as political funding. Any activity or project that benefits only the employees of a company and their families too will not count as CSR. The first condition is a welcome step as it lowers, although it may not eliminate, opportunities for politicians to arm twist companies to support specific projects where they have a vested interest. The second condition may prove restrictive in new areas of development where at least one member of a family is employed by the company - if the employment was part of a compensation settlement with a village for land acquired or leased from farmers.

It is mandatory for any company operating in India, including branches and project offices of foreign companies as well as unlisted Indian companies, with net worth of Rs 500 crore or more, or turnover of Rs 1,000 crore or more or a net profit of Rs 5 crore or more in any financial year to have a CSR policy. Its CSR policy is to be decided by a committee of the board, which will also identify projects and monitor their implementation. In doing so, companies have to give preference to local areas and areas where its business operates. While there is nothing wrong with that stipulation, there could be a concentration of CSR projects in certain pockets such as industrial belts and clusters, special economic zones and some towns and cities, while many areas that require a lot of intervention may get ignored.

All these companies are required to set aside two per cent of their average net profit of the preceding three years for CSR activities and ensure that they spend that money. Any failure to spend the funds has to be adequately explained by the board in its report. There is as yet no penalty for failure to spend or  for falling short of target. The government is relying on peer pressure and companies' own need to be seen as caring to ensure the spending happens.

Many see the mandatory spending as an additional tax of two per cent on corporate profits, as the Income Tax Act does not yet allow the spending as a deduction from profit. If the CSR expenditure is a deduction, net profit will be lower and so would be the income tax that companies pay on their net earnings. It remains to be seen if the new government formed after May 16 will amend the Income Tax Act to allow that deduction.

Another area of concern is for branches and project offices of foreign companies. CSR spending could run into Foreign Contribution Regulation Act (FCRA) and Foreign Exchange Management Act (FEMA) red-tape. Under FCRA rules, NGOs receiving contributions from foreign entities - branches and project offices are not Indian companies - need to get approvals from the home ministry.  Under FEMA, branch offices and project offices can take up eight kinds of activities and CSR is not among them. FDI is not allowed in companies set up as not for profit. But income generated from FDI is also treated as FDI and therefore any contribution from profits to CSR activities could be viewed as routing FDI into CSR.

Foreign banks face another set of problem. A Reserve Bank of India circular of 2005 allows foreign banks to contribute up to one per cent of their profit of the previous year to non-profits and charity. The question remains whether these banks should comply with the RBI circular or the Companies Act.

India is the first country to legislate mandatory CSR spending for companies. But India is not the first to go down that path. Denmark and the United Kingdom issued directives in 2002 and 2006, respectively, asking companies to spend on sustainable development. India may have merely followed them.

Indian companies may grudgingly follow the government directive, but the world is watching India's attempt to share what is widely seen as perceived as state responsibility with the private sector and possibly replicate India's experience. For India companies, it is also an opportunity to deploy their organizational and managerial capacity to play a significant role in activities where government has failed to deliver. Dividends would follow in terms of a healthier nation, a better educated and trained work force,  larger markets for its goods and services and more importantly, in building of a caring corporate brand.

Independent directors - Independence defined, but not the state of mind

'People like Mr. Srinivasan may come and go but IPL will continue to flourish'