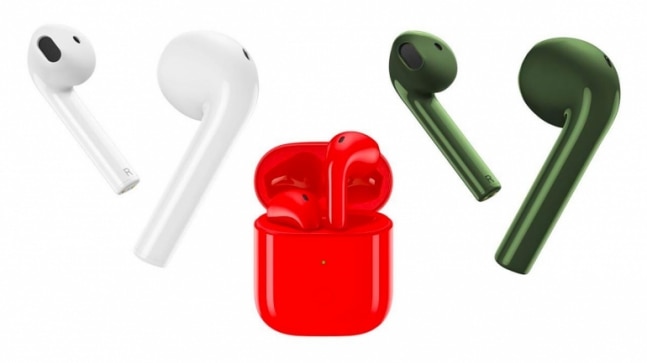 Realme Buds Air 2 was launched along with the Narzo 30 series in India a few weeks back and now Realme is set to unveil their latest Realme Buds Air 2 Neo. The new earbuds will be launched on 7th April in India.

The latest addition to the Realme TWS earbud series is now touted to have the same features as the highest-end of the Buds Air 2, mainly the Active Noise Cancellation (ANC). They are likely to have 10mm drivers; the Neos also get boost bass.

Realme estimates their total battery life at 28 hours. The design resembles a lot like the realme Buds Q but has few design changes. There is a button on the case and the earbuds themselves are also having a pebble-like shape that we saw on the recently certified realme Buds Q2.

Realme has only revealed this much about the Buds Air 2 Neo for now. The launch is scheduled for 7th April.