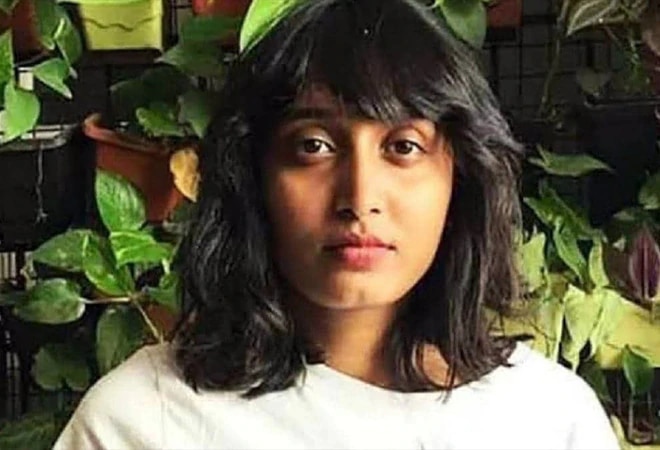 A Delhi court on Saturday reserved order on bail plea of climate activist Disha Ravi, who was arrested in the Greta Thunberg toolkit case. The court will pronounce order on her bail plea on Tuesday.

Ravi was arrested by a Cyber Cell team of the Delhi Police from Bengaluru on February 13 for allegedly being involved in sharing a "toolkit" on social media related to the farmers' protest and was sent to five days of police custody. She was later sent to judicial custody for three days after her five-day police custody expired. The activist was booked on sedition and other charges.

Disha Ravi's counsel told court that there is no evidence to show that the toolkit on farmers' protest is responsible for the violence on January 26. "If highlighting farmers' protest globally is sedition, I'm better in jail," Ravi said through her counsel.

Opposing the bail plea of 21-year old activist, the Delhi Police alleged that she was preparing the toolkit with those advocating Khalistan and was part of a global conspiracy to defame India and create unrest in the country in the garb of farmers' protest.

"This was not just a toolkit. The real plan was to defame India and create unrest here," the police said before Additional Sessions Judge Dharmender Rana.

The police alleged that Ravi deleted WhatsApp chats, emails and other evidence and was aware of legal actions she could face.

Why did Disha Ravi cover her track and delete evidence if she did not commit wrong, the police said, alleging that his shows her guilty mind and sinister design.

Ravi "was part of the Indian chapter of the global conspiracy to defame India and create unrest in the garb of farmers'' protest," it alleged, adding she was in touch and preparing and sharing toolkit with those advocating Khalistan.

"It shows there was a sinister design behind this toolkit," the police told the court.

However, Ravi's lawyer rejected the allegations.

"There is no evidence to link me with Sikhs For Justice, a banned organisation. And even if I (Ravi) meet someone, there is no symbol on him that he is a secessionist," the defence counsel said.

"The Delhi police gave permission for the farmers' march, which they're claiming that I (Ravi) asked people to join, so how did I become seditious," the lawyer said in court.

The Delhi high court on Friday heard Ravi's plea to restrain police from leaking to the media any probe material concerning the FIR lodged against her. The high court, in its order, asked media houses to ensure that no leaked investigation material is broadcast as it could affect the probe and directed Delhi Police to abide by its stand on affidavit that it has not leaked nor intends to leak any probe details to the press.