Sony may bring back the Xperia Compact model that will counter the iPhone 12 mini launched by Apple last year. 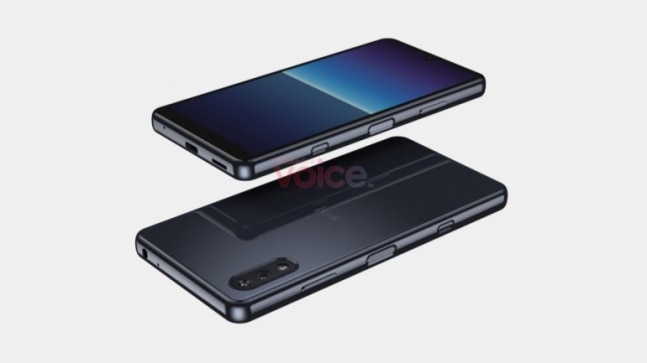 Sony seems to be in the mood of giving Apple a fight. It may be planning to bring the Xperia Compact line back with a new model that will be more or less the same size as the Apple iPhone 12 mini. A fresh round of renders has appeared that hint that a new Xperia Compact model is in the works. This is strikingly different from the rest of the Xperia lineup that has been there for some time. Sony may be taking a slight detour from making tall smartphones to focus a little on its small Xperia model and this phone might be launched in 2021.

The renders were posted by OnLeaks on Voice show the Xperia Compact model will follow the design language of the Xperia family. This model will measure 140x68.9x8.9mm, which makes it a little bigger than the iPhone 12 mini which measures 131.5x64.2x7.4mm. The Sony Xperia Compact is a little thicker than the iPhone 12 mini but its position in the line is not clear at the moment. While one report suggests this Xperia Compact model will be a flagship model, a different source from Japan has suggested this might be an entry-level device that will use the Qualcomm Snapdragon 480 processor.

Reportedly, the Sony Xperia Compact model will have a dual-camera setup on the back consisting of a 13MP main camera while on the front, there could be an 8MP camera. This selfie camera will be housed inside a teardrop notch on the display. The smartphone will have a side-mounted fingerprint sensor, a USB-C port, and a 3.5mm headphone jack. There could be a 5.5-inch tall screen and a glossy finish on the back. A dedicated camera button, which is standard across the Xperia line, is also visible in the renders. However, there are no specifications available beyond this point.

Sony launched its first small device in 2018 called the Xperia XZ2 Compact. It was a powerful top-of-the-line device, the dimensions of which are not very different from the upcoming Xperia Compact device. There are, but, of course, some changes in the specifications sheet, the Xperia Compact model leaked in the renders seems to be a small device. This smartphone will take on the Apple iPhone 12 mini but only from the dimension's point of view. It is not clear if this Xperia Compact device will have flagship specifications.

The iPhone 12 mini is a flagship device that is powered by the A14 Bionic processor that is a rival to the Qualcomm Snapdragon 888 chipset. On the other hand, if the Japanese source is to be believed, the Snapdragon 480 processor will position this phone in the budget segment, making this Xperia Compact another shrunken-down device that has the same gamut of specifications as its size. Sony has not said anything official yet, much like how it did not back when it was readying the Xperia XZ2 Compact.

Even if Sony is considering a flagship device in a compact form, the question of whether there is a market for such devices is still looming. Apple's iPhone 12 mini, despite attracting rave reviews, could not impress customers. It was the least demanded model in the entire iPhone 12 series, according to CIRP. The lacklustre demand even led Apple to convert the orders for iPhone 12 mini into those for the iPhone 12, which is by far the best-selling iPhone 12 series model since the launch. I am not sure what trails Sony seems to be following here with the Xperia Compact model leaked in renders.